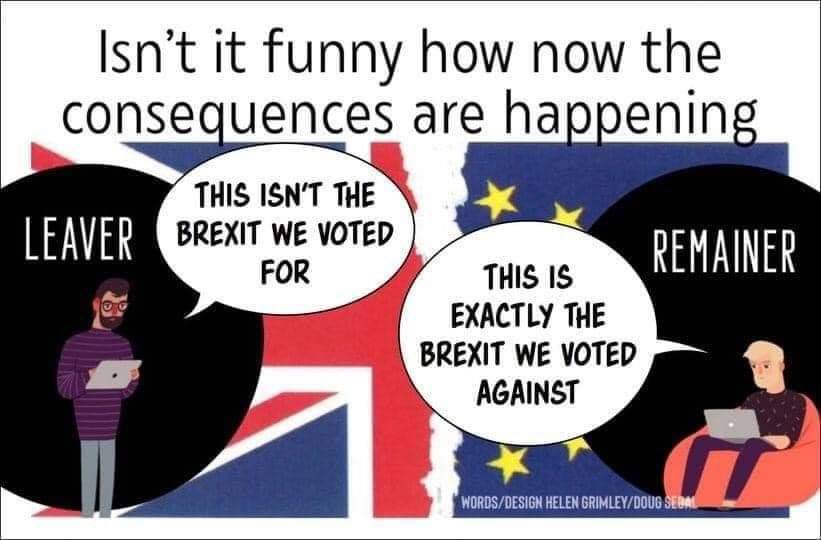 The irony is palpable :D

Wish as a remainder, I had that much power, unlike the government

The first part sums up todays politics, it's not about getting what's politically best it's about getting a "Win", I know many people who have been screwed over by the way they voted yet carry on like they have "won" something.

Once the vote was leave there nothing could be done but leave. Most hard core remainers are people who think we should all live happily ever after and most hard core leavers would start a riot over a spilled pint. Once that result fell it was do it or watch cities burn. :o(

Thats not true though is it. There were lots of ways to leave without cresting any of thr problems but mays red lines and pandering to ERG eliminated them all. We could've stayed in SM & CU and had NONE of the issues!