Renowned artist @kadirnelson shares the inspiration for his painting of ancient wonders on the cover of our November issue, featuring behind-the-scenes moments captured by @jungmiwhapic.twitter.com/jOkCqjtM4e 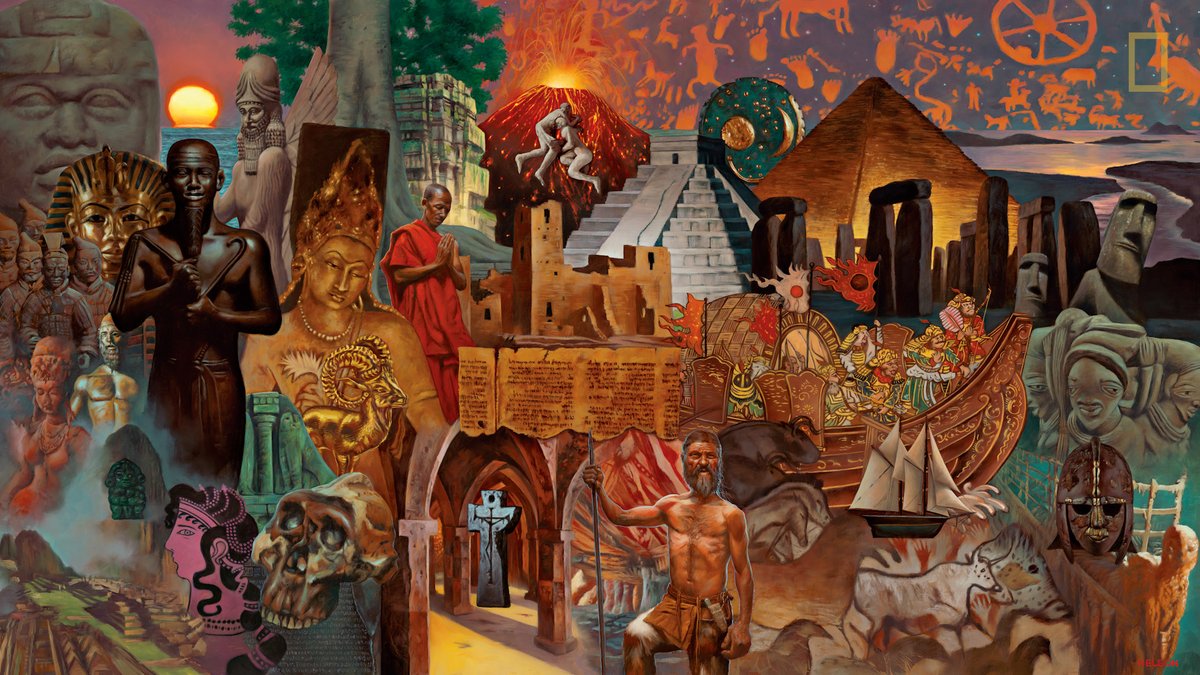 The encroaching Atlantic Ocean is causing destruction in Atafona like no other place along the 7,000 miles of Brazilian coasthttps://on.natgeo.com/3G983DX

Many animals have evolved to either flee or hide when they smell smoke, anticipating fire. But little is known about how wildfire smoke actually affects animalshttps://on.natgeo.com/3B9cD1c

Eavesdrop on the sounds of distant destinations by listening in to live radio from around the worldhttps://on.natgeo.com/3b0Y2dH

This photo would need to be multiplied 10 million times to come close to showing the billions of animals killed by cats each yearhttps://on.natgeo.com/3js2xTj

“This is my family...It's like blood to me, because you spend long days working with different people and you become a family”https://on.natgeo.com/2ZbwTlu

Hidden down a well for nearly a century, a remarkably strange skull may belong to an entirely new human species: Homo longi, or the Dragon Manhttps://on.natgeo.com/3vAPxzr

This is a feather star—an ancient species of marine invertebratepic.twitter.com/AelBoDNcef 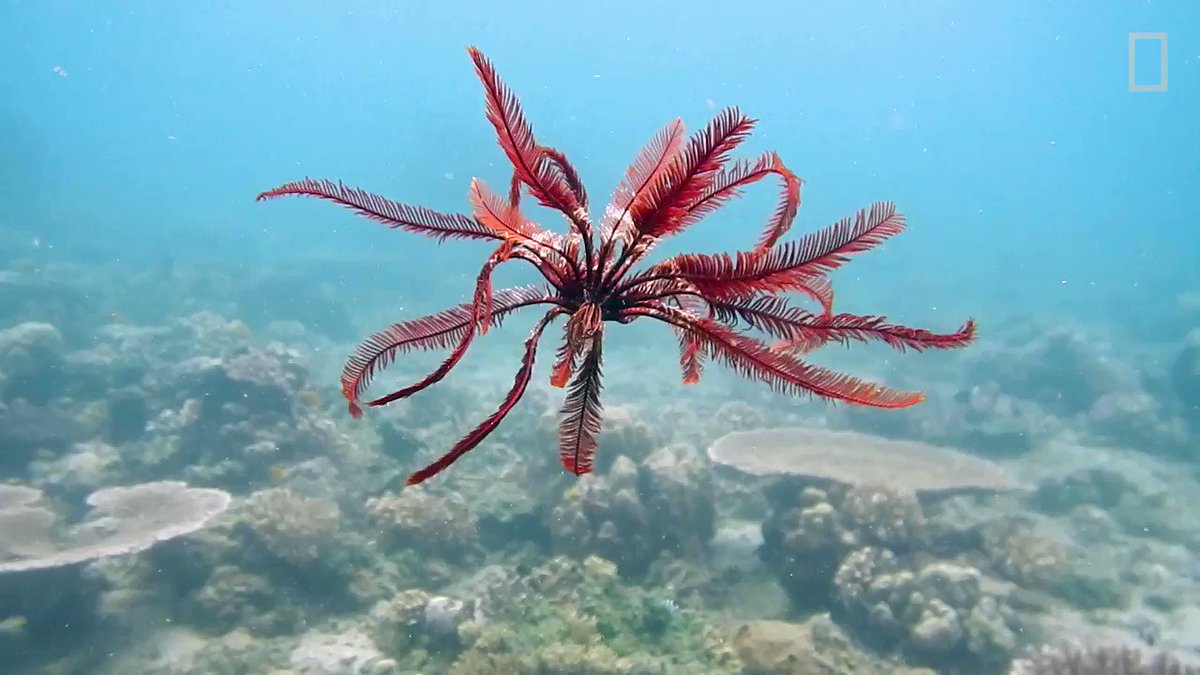 This stunning, 100-million-year-old fossil may reveal a critical point in the evolutionary history of crabshttps://on.natgeo.com/3jqE7cD

Learn more in this recent @NatGeo article featuring work from #NatGeoExplorer and photographer @TomPeschak — who is working to tell the story of this marine life that is at risk.https://www.nationalgeographic.com/magazine/article/an-icy-world-is-in-meltdown-as-penguin-population-shifts-signal-trouble-feature?loggedin=true …

A cosmic storm in 993 released a pulse of radiation so powerful that it was recorded in the rings of the world’s trees. That solar event helps pinpoint the year the Vikings were present in the Americashttps://on.natgeo.com/3G8G4UO

The U.S. Department of Agriculture is responsible for enforcing the Animal Welfare Act, but former employees and others say the agency has prioritized business interests over enforcement. Read the full story here:https://www.nationalgeographic.com/animals/article/usda-accused-of-ignoring-animal-welfare-for-business-interests?cmpid=org=ngp::mc=social::src=twitter::cmp=editorial::add=twt20211021animals-newanimalsusdawelfarereddit …

Don't miss our @reddit AMA with Wildlife Watch reporter @rfobar, who will be answering your questions about the USDA's enforcement of the animal welfare act TODAY at 12:00pm ET! Start submitting your questions here: https://on.natgeo.com/3B2ZkPS pic.twitter.com/wtX2WSTI1F 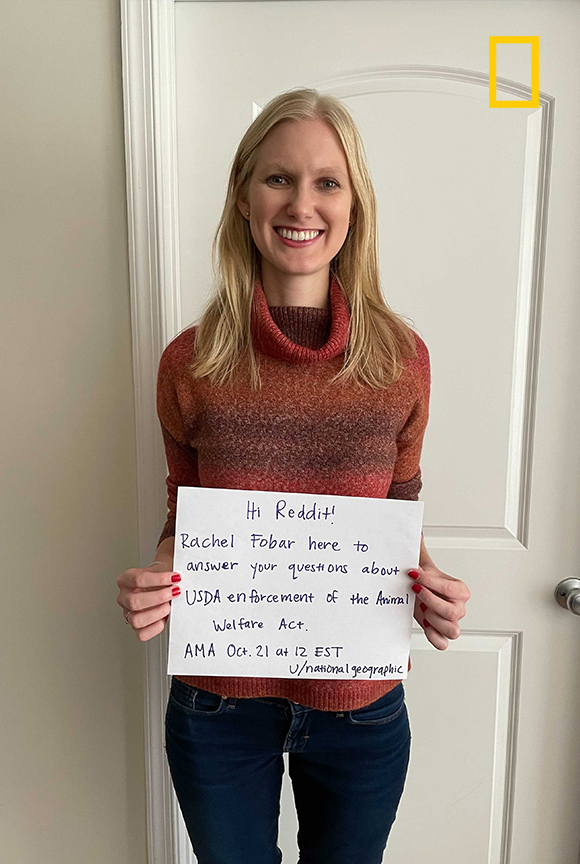 The discovery of Mussaurus eggs and skeletons clustered roughly by age gives paleontologists the oldest evidence ever found of this kind of herd behavior within dinosaurshttps://on.natgeo.com/30Pi4pN

Experts have long puzzled over the deceptively simple question of where domestic horses actually came fromhttps://on.natgeo.com/2Z8RmIk

From early excavations in the ashes of Pompeii to discoveries aided by robotics or DNA sequencing, the findings shed light on our greatest mystery: Who are we, and how did we get here?https://on.natgeo.com/3B3kwp9

Here’s why those secret words you thought were just goofy actually mean a lot—and how your family can continue to build its familecthttps://on.natgeo.com/3poG2lK

Shifts in penguin populations in the waters off Antarctica—the Southern Ocean—are warning signs that the ecosystem is being disrupted. This icy world is imperiled: The Antarctic Peninsula is one of the fastest warming places on the planet.https://on.natgeo.com/3ngrZME