Looking forward to this long weekend to catch up on sleep and tie loose ends.

Say no to transphobia. #canceldavechappelle

But remember that although there might be 1% that is better, you are still better than the 99%, and you never know how your other commitments compare to the elite group. TL,DR take some time to appreciate your achievements instead of just pushing yourself beyond the limit.

When you get seriously into a hobby that is very competitive, you tend to look up to those that are better than you and strive to improve. Yet there is always someone more talented than you or who puts in more work than you. Inevitably they will get better results and beat you.

The problem with going to therapy for anger management is that, if it's successful, your partner will see it as a licence to do more of the things that make you angry in the first place. You can't win.

Besides, when something is so outrageously hilarious that you need to double check whether it's satire or not, then just maybe it might not be the right thing to do. Does anyone remember when Blatter suggested that women should play football in tighter shorts?

It is one thing for a woman to look out for these procedures from her own volition, but having them as a sponsor in an area where your physical appearance is not important doesn't resonate in a positive way. It risks sending out the wrong message.

I have nothing against breast augmentation, and it has improved the appearance as well as psychological wellbeing of a few women I know. I still think it is problematic and inappropriate to have them sponsor women's chess events.https://twitter.com/GothamChess/status/1442538669617729539 …

Shame on them. Like most packets of biscuits, this has only half a star rating out of five. Would you stay in a hotel that is rated half a star? So why put this garbage in our body. These processed foods are poisoning us. Anything with less than 4.5 stars should not be legal.pic.twitter.com/GOKzyve2de

Volunteering to help out the underprivileged community in my country of origin via telemedicine has been a real eye opener. Always be aware of your privilege in life and help people whenever you can. Helping people helps them and will also make you happier.

The teenagers in the house preferred their junkfood to this delicious vegan curry, so I'll have another portion for this evening and yet another one tomorrow for lunch.pic.twitter.com/wQwq8bsTM0 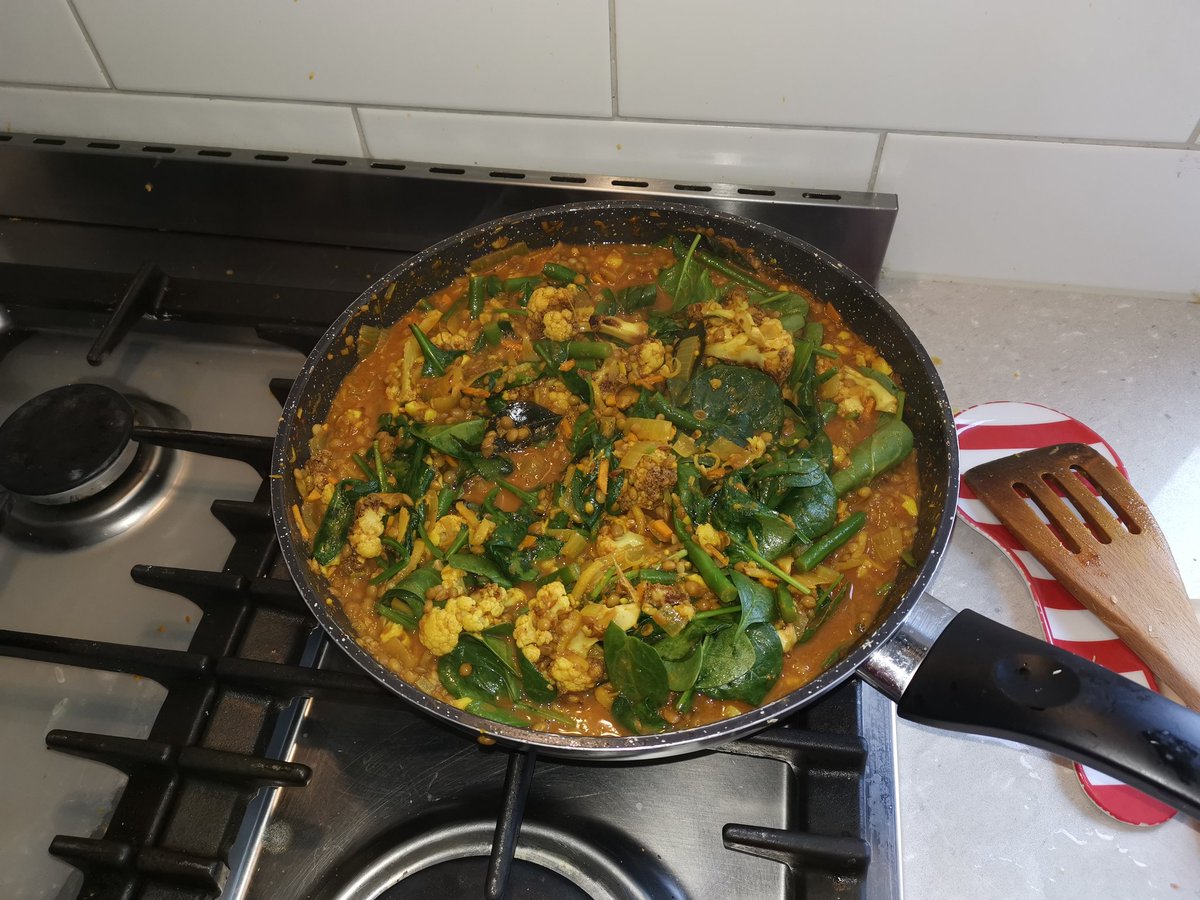 Men tend to have more limited social circles and few people they can confide too. Men who have experienced divorce often lose their social circle. Consider checking in on any men you know that seem lonely. This could help to prevent a suicide.

Substance abuse and other forms of addiction are linked with suicide and are more common in men. Addiction should be seen as a primarily psychological problem and treated accordingly.

Asking for help is often seen as a sign of weakness and this is a form of toxic masculinity. We should encourage men to seek help as early as possible.

A lot of men, including myself, have trouble keeping in touch with their children after divorce. Courts are often not energetic enough when giving children and their fathers the right to remain in each others life. Losing contact with children is an important driver of suicide.

Today is World suicide prevention day. As a person who identifies as male, this day is particularly significant since most suicides are committed by men. Let us take a look at ourselves and see how we can help ourselves and seek help from our allies.

I'm a big fan of Lorde's music, but her recent interview where she talked about recreational drugs having influenced her albums is very disturbing to me as a healthcare provider. Recreational drugs are harmful. They will not improve your cognitive or physical performance. Avoid.

Could we please stop "attacking" vegans for being priveleged? Vegan food does not have to be expensive. Potatoes, dried beans and legumes, cabbage are very affordable. They are also some of the most nutritious foods you can eat. They have zero cholesterol. So eat them and shut up

Today, as I thought about my family that I haven't seen for two years due to the pandemic, I closed myself in my office at work and cried. There was a time when I would have been embarrassed about this, but I couldn't and didn't even want to suppress my feelings today.

Dammit it's level four again, at least it kind of forces you to take a break. Not for the first time, I wonder how long it will be feasible to continue with the elimination strategy in New Zealand.