Drawn blood/gore may be drawn/rt.

juuuussst In case someone doesn’t know me/the characters/ship, Gabe is my OC who’s shipped with Piers and he’s basically Marnie’s very goofy stepdad figure. Gabe gets lost and wanders away a lot so the leash is a ref. I’d never ship Marnie with an adult it’s very…ick. :,)

They put so much effort into their costumes!pic.twitter.com/Y9wDX5zX4z

I made my trainersona a pokesona. Meet Boo, the Sparkle Galarian Zigzagoon x Umbreon mix.pic.twitter.com/BMkKQUv6wl

Introducing Werewolf Gabe. All dressed up for the spooky season. Look how handsome he is! This is a commission drawn by the amazing @/Parfaerie who designed him.

It’s cool to prefer indulging in one over the other. It’s simply worth keeping in mind, the content for canonxcanon ships are frequently queer, self reflective, and made by other people in your fan community and it’s often the only ship content that exists so be kind.

Like? People work just as hard and put just as much effort and love and devotion into fics, art, headcanons ect of canonxcanon works. A lot of time it’s just as self indulgent and fulfilling as ocxcanon. Idk unless you are going strictly off the source material, it’s the same.

Gabby, and a Maractus (that doesn't have a name yet) were pokemon he inherited from his grandparents when they passed. He grew up with them, but spent years away so it was a bittersweet reunion

I'll use sketches to drop fun facts about my ocs! All of Gabe's Pokemon are pets, but 2 have some battle skills for self defense and are trained by his boyfriend. One of them is Gabby! All his Pokemon except his Toxtricity are girls.(He's the other fighter)

I fianlly found a brush I enjoy sketching in I'd love to share more doodles of my ocs.

Dog ears on the dog this man is unhinged.

It's WereGabe and his Lycanroc Gabby's season. 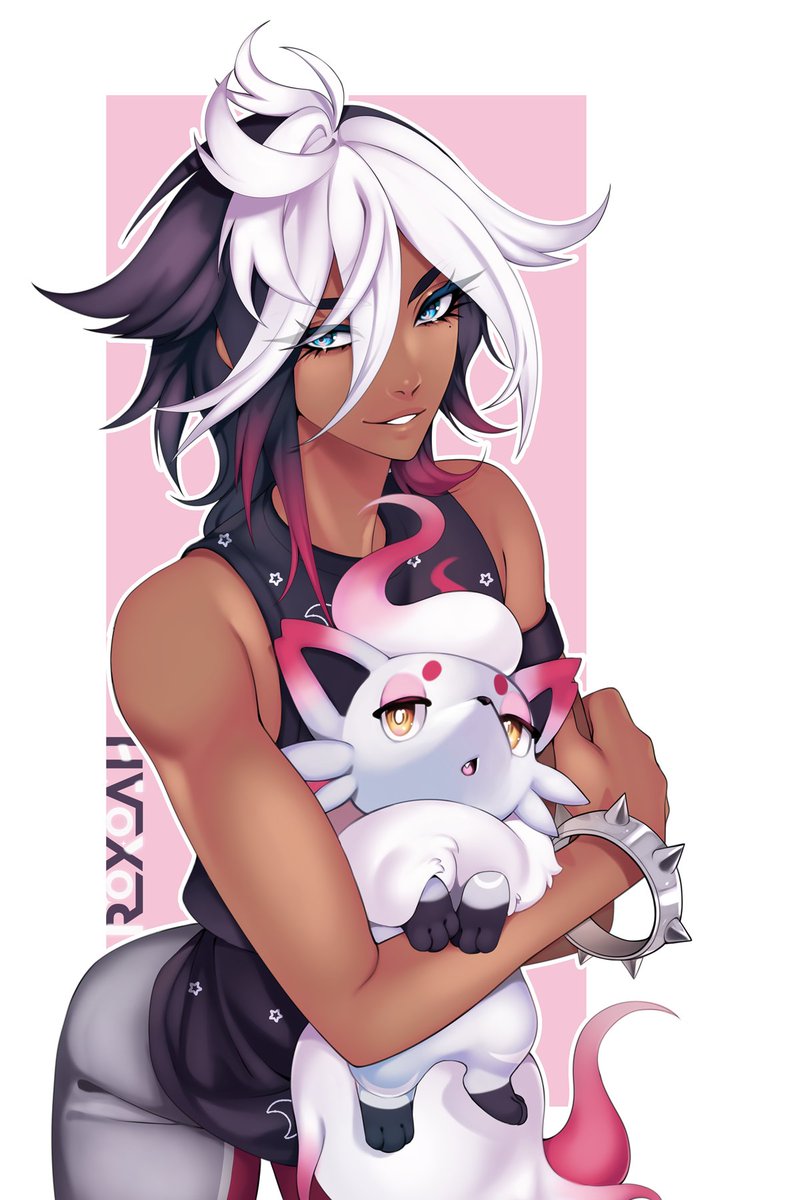 Hisuian Zorua and Zoroark are so gorgeous I had to draw them <3pic.twitter.com/MisGwTaeuK