I'm writing about startups, bootstrapping, small business, SaaS, and technology at http://www.LessAnnoyingBusiness.com . If you'd like to follow along, you can sign up for weekly updates here:https://courses.lessannoyingbusiness.com/newsletter

Despite all the info out there, I still find that an experienced professional spending an hour giving advice to someone new to the field can provide almost unlimited value. Weird we haven't figured out how to scale that yet.

It's wild that scammers have so taken over our phone system that I just don't have my phone ring anymore. You'd think carriers/regulators would be motivated to preserve the utility of traditional lines, but so far they've completely surrendered to the scammers

This is such an embarrassment. A government website showed SSNs for teachers in plain text that anyone could see via Chrome dev tools. The governor's response? To accuse the person who found this of being a "hacker" and have them investigated

For years I've had these words muted which prevented other people's likes from showing in my feed. For some reason, this stopped working today. Suddenly, Twitter is *terrible*. My feed is just a bunch of garbage from people I don't follow.pic.twitter.com/p3GYNUOonf 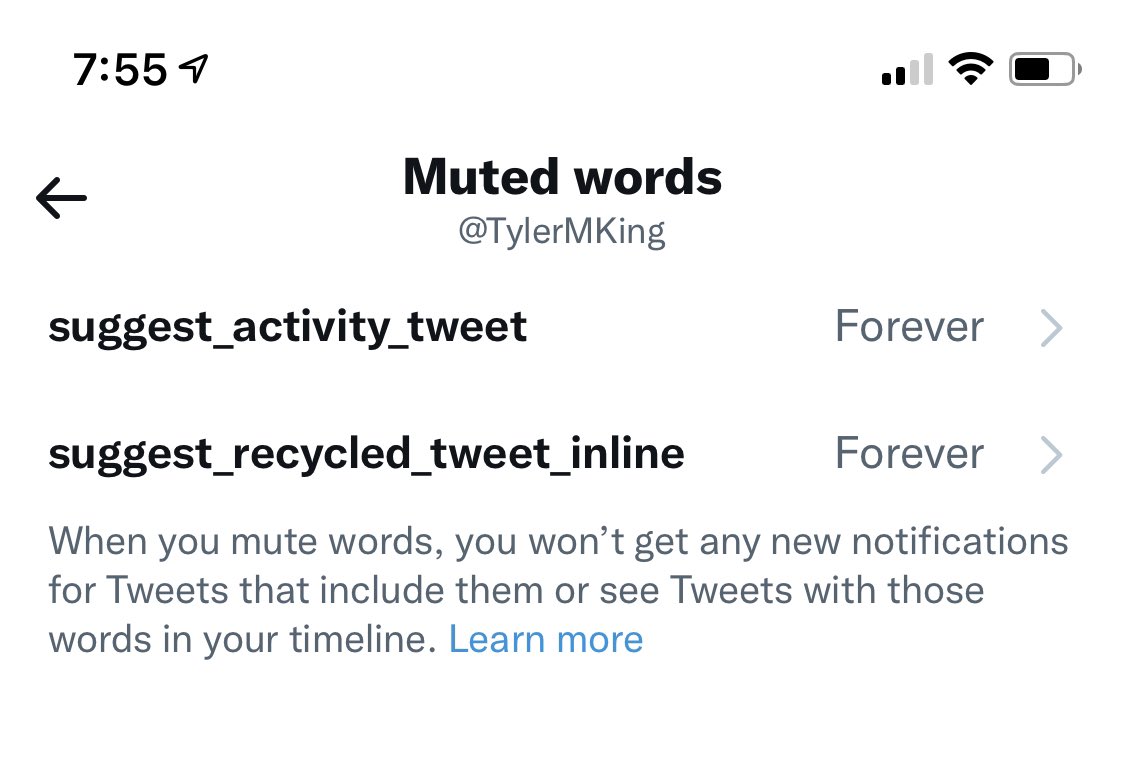 One of the most brilliant examples of aligning interests between customers and a business is how Spotify syncs what you're playing between devices. Great UX, and it sneakily makes it almost impossible to share Spotify accounts between multiple people.

One nice thing about going into a super crowded space (e.g. CRM) is that you don't have to worry about copycats. If someone wants to copy a CRM company, we're not the one they'd pick.https://twitter.com/yongfook/status/1446453899443904514 …

Oh my god I can't believe Gmail still doesn't let you hit "tab" to indent bullet lists. How have they not fixed this? Is this seriously the behavior they want?https://twitter.com/TylerMKing/status/1443237503012638725 …

We just figured out the cause of some server issues we've been having. So annoying, but every time this happens, our moat gets a little deeper. It's wild how many tiny boring advantages a company accrues over time.

For the first time in 12 years of running a business, something magical has happened: The number of meetings on my calendar is decreasing. I bet this happens to most founders as the team grows. First you have more meetings, then fewer. I call this the trough of meeting overload.pic.twitter.com/C9xJijFhbk 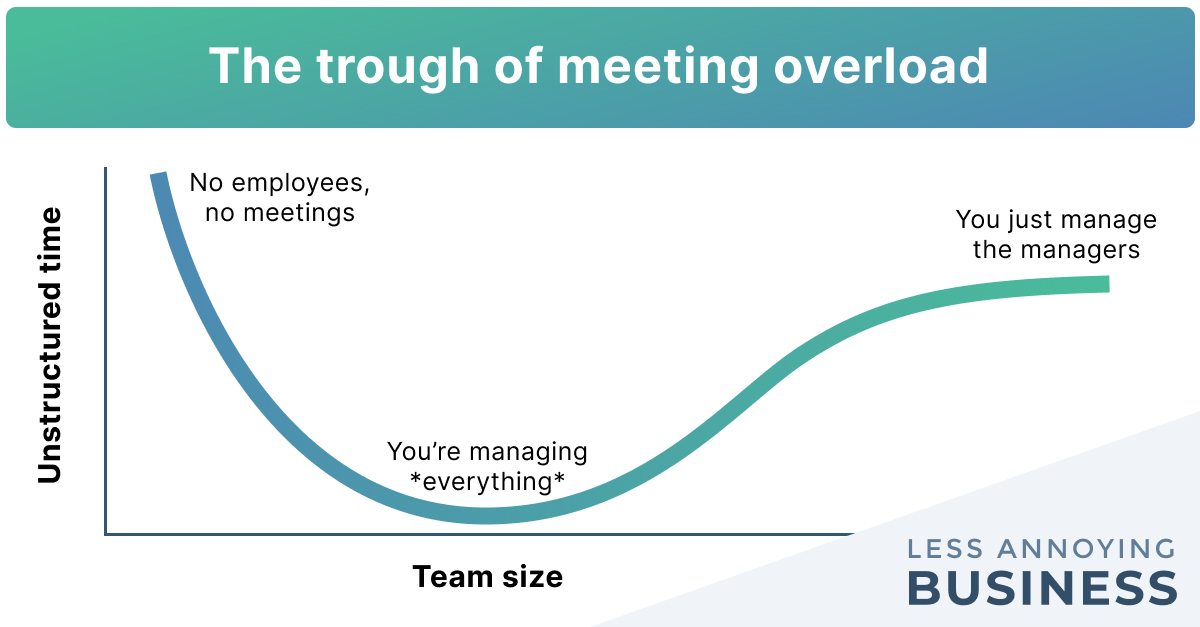 I’m sure that read/unread state is a tricky problem when building a chat app, but it seems like Slack et al. could at least follow this simple rule: If I respond to a comment, I read that comment. I leave and re-join a channel multiple times per day to mark it read.

I've been using Superhuman as my email client for the last couple years. I'm testing a switch back to Gmail. Switching core productivity software is *hard*. I think product people should force themselves to do it periodically just to stay in shape.

I wish we didn't say an account was "hacked" when someone gets phished. It really makes it hard to tell which data breaches are the fault of the company and which ones aren't.

There are a lot of things to be unhappy about in this world, but let's celebrate the good stuff. For example, thanks to Figma, I pretty much never have to interact with any of Adobe's terrible software anymore.

There are exceptions, but I think a good default is: Your first hires should all be doers. You hope some will grow into leaders, but you shouldn't make any assumptions about who that will be, or how quickly that might happen. For now, it's still your job to lead.

"Fine" you may thing, "I'll hire a doer, but they'll become the leader eventually." Maybe. But what makes you think your first hire is automatically a better fit for that than your second. It's such a mistake to prematurely commit to an inflated title. Keep your options open.

Sorry, but it's mostly a fantasy. Most people are either good at doing the work, or they're good at leading/managing. In the early days, you need doers. It's way to early to devote a role to bureaucracy.

I'm sure you've seen this (and maybe done it). You're at a point to make your first, say, marketing hire. You don't just want a great marketer, you want someone who can grow and manage the marketing team going forward so you can focus on other things. Delegation!

I like looking for patterns of entrepreneurial mistakes. If I made a mistake and I keep seeing other people making it, seems like a topic worth discussing. One of these mistakes is: Hiring your first employees directly into leadership roles.

This is the type of thing that would have stressed me out as a new founder. I would have thought, "wait, what is revenue recognition? Do I need to be doing this?" Finally I feel at peace. I don't really know what revenue recognition is, but I know I don't need it. Keep it simplehttps://twitter.com/stripe/status/1440353933650632712 …