WCK’s @SamBloch1 is reporting in from just north of the Darien Gap in Panama, where thousands of families—many Haitians—make the dangerous trek from South America. We are assessing the situation to understand food needs—and how we end up with crises like those in Del Rio, Texas.pic.twitter.com/Q7UTN4nRUO 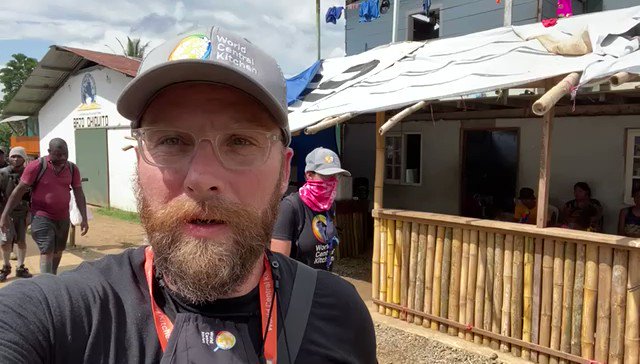 WCK’s @SamBloch1 is reporting in from just north of the Darien Gap in Panama, where thousands of families—many Haitians—make the dangerous trek from South America. We are assessing the situation to understand food needs—and how we end up with crises like those in Del Rio, Texas.pic.twitter.com/Q7UTN4nRUO

This week, @wckitchen and @chefjoseandres receive the Princesa de Asturias Award for Concord, an incredible honor in Spain & beyond. José is from Asturias, making the recognition even more special. Grateful for my WCK team, as I am simply here representing their tireless work. 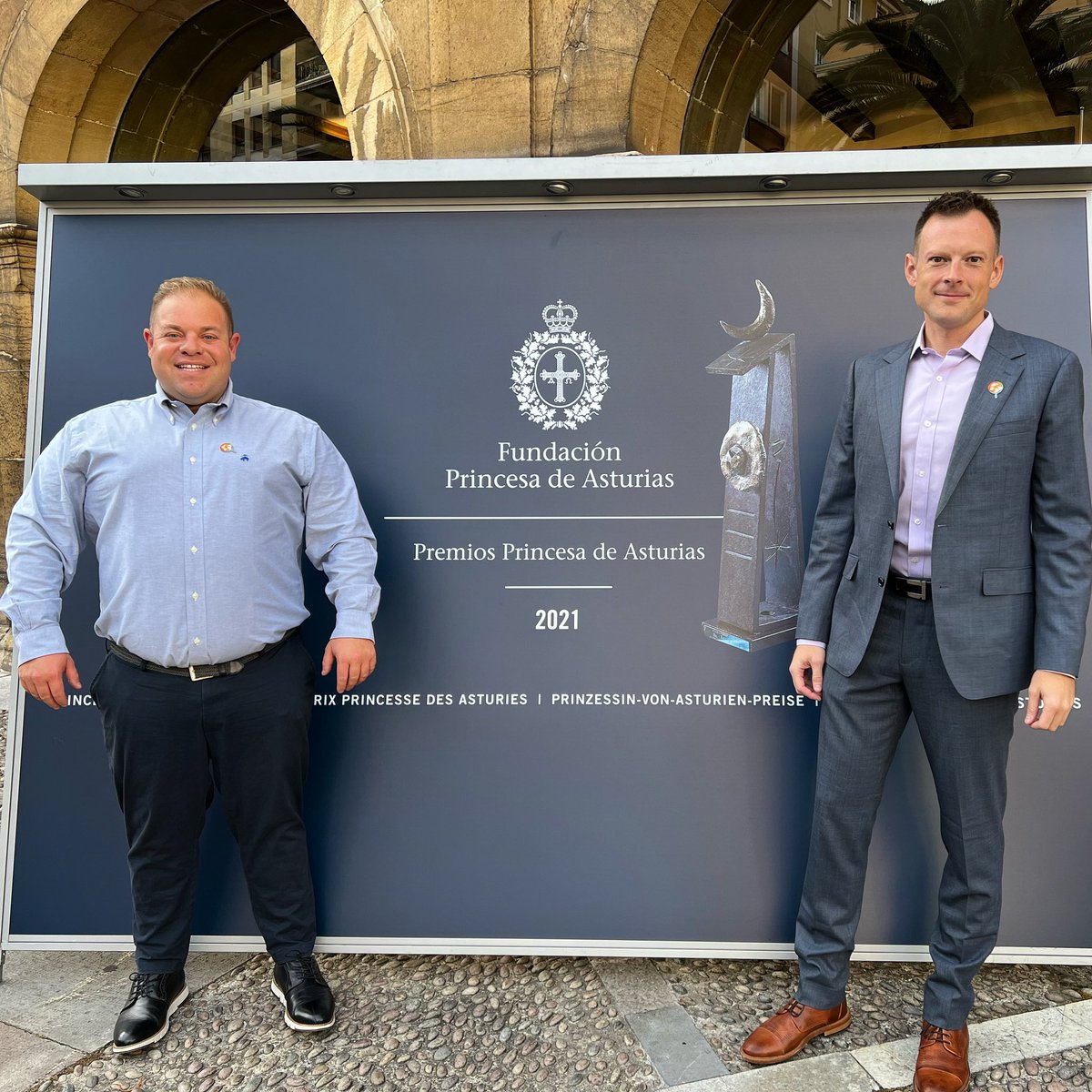 Thousands of people remain evacuated in La Palma, Spain as the volcano continues to devastate communities – close to 2,000 buildings have been destroyed since the first eruption a month ago. WCK's Relief Team is preparing daily meals for families impacted & local responders.pic.twitter.com/7hDdeKBoRh 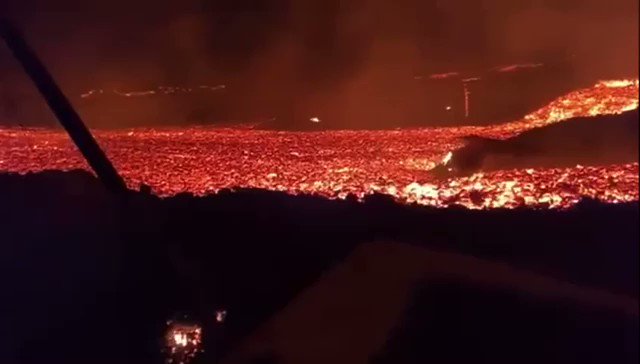 On the menu in Cúcuta: rice with chicken, vegetables & fried potatoes in a BBQ sauce. WCK is serving these nourishing meals to Venezuelan migrants & refugees leaving their home country in search of a better life. #ChefsForVenezuela

Daniel Pérez—a beekeeper & recent WCK FPN grantee in Puerto Rico—is playing a key role in protecting the island’s bees through his work at Apiario Puente Real. Bees are unsung heroes of global food systems & as Daniel says: "Without beekeeping there is no agriculture".

Soup is a comforting dish around the

—in Cúcuta, the Relief Team prepared chicken soup with veggies & corn for families migrating from Venezuela. Corn, a staple food for many, is loaded with plant compounds that are linked to a lower risk of eye diseases. #ChefsForVenezuelapic.twitter.com/xGuZiT0ZND

The volcano on La Palma has become more aggressive over the past week—lava is moving fast, including blocks of it as tall as 3 story buildings covering a hillside over the weekend. WCK prepared fresh smoothies & sandwiches for first responders helping families having to evacuate.pic.twitter.com/LIxKLMGol9

Our new normal requires preparation, investment, and most importantly—a functioning legislative branch: “15 years ago, a 100,000-acre fire would be the largest fire of your career. Now, we have one-million-acre fires. It’s hard even for us to comprehend.”https://www.nytimes.com/interactive/2021/10/11/us/california-wildfires-dixie.html …

In Cúcuta, Colombia, WCK continues serving 20,000 meals each month to migrants & refugees beginning their long journey out of Venezuela. Yesterday’s menu? Chicken in a vegetable salsa with rice & steamed potatoes.

Platanos are the main crop in La Palma, Spain—since the volcano eruption many farms have been devastated & continue to be at risk. Coplaca, a local platano co-op, is providing WCK with hundreds of

that we are using to make smoothies for evacuees & frontline workers.pic.twitter.com/ZNMmTU2RMg

Isaac,a naturalized Spaniard from Mauritania,arrived to #LaPalma 14 years ago.The people of this island welcomed him as a neighbor. Today,he wants to give back a little bit of that love and nothing says love better than a plate of food.@WCKitchen #ChefsForLaPalma #ErupcionLaPalmapic.twitter.com/bNerqjA3Hz 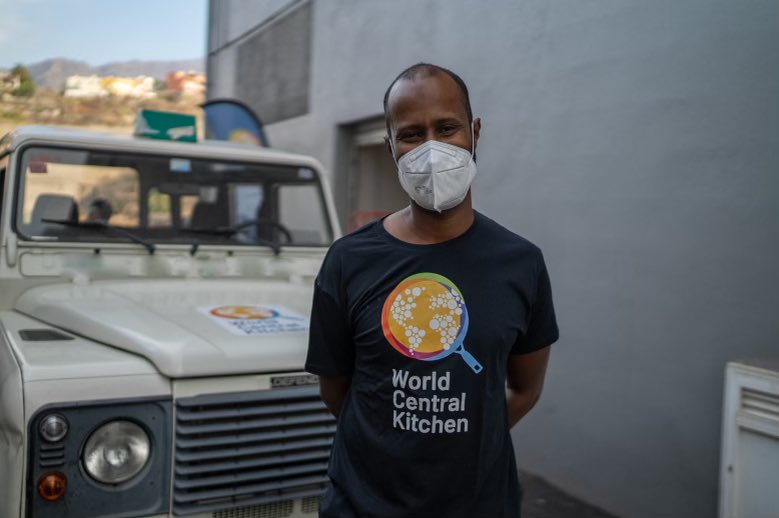 Tonight 6pm ET join me and @WFPChief with @LReiley @washingtonpost discussing current actions and responses to nutrition insecurity. "Wherever there is a fight so that hungry people may eat, we will be there"...@WCKitchen https://www.jfklibrary.org/events-and-awards/forums/10-04-fighting-hunger …

In La Palma, Spain, Estrella is volunteering at our food truck where we are providing round-the-clock meals to emergency crews responding to the volcano eruption. Sourcing local ingredients from farmers, the WCK Relief Team is cooking recipes native to La Palma. 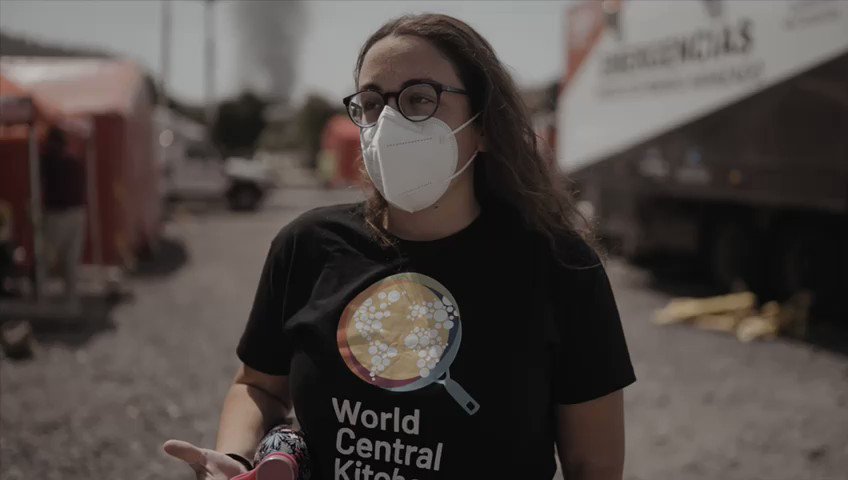