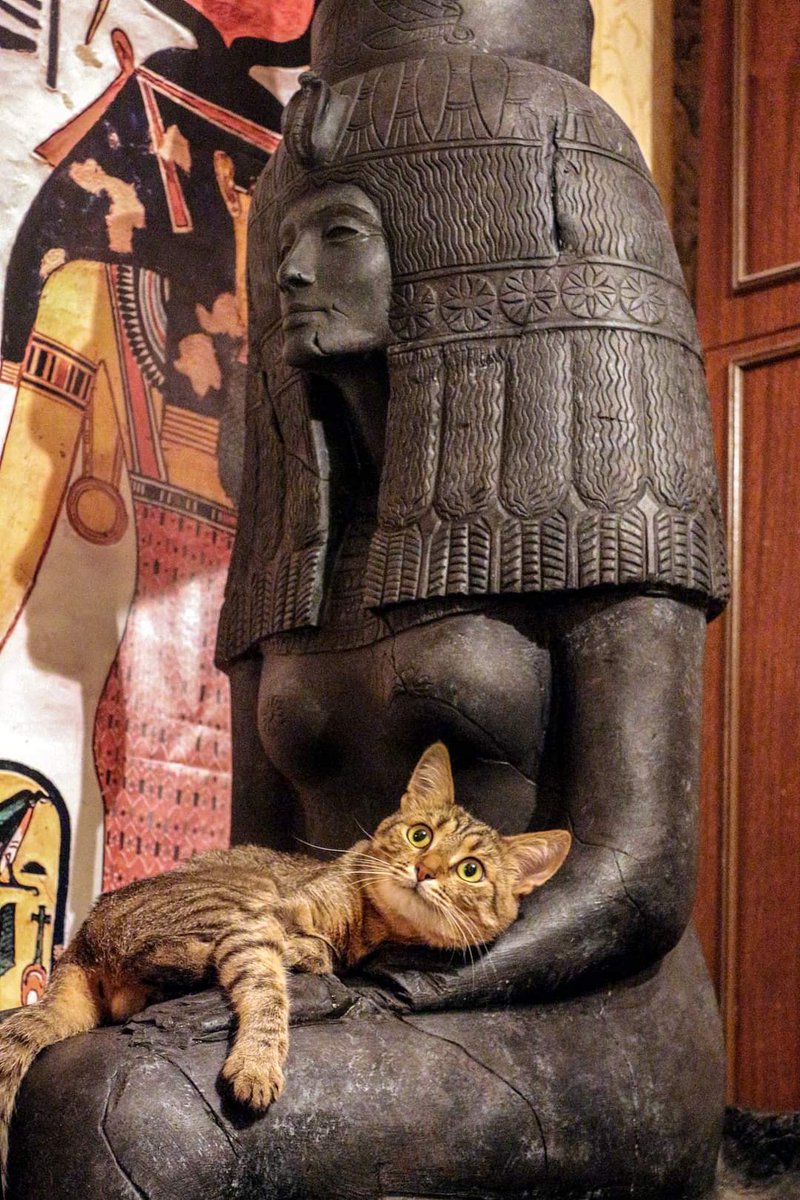 Going about my business

Cats are sacred in the ancient Egyptian religion so I’d say this lil guy is exactly where he should be.

That's an amazing afro/dread combo on that statue.

“This is the lap of my ancestors” - this cat

We once had a stray cat who we used to think was the reincarnation of some ancient Egyptian queen! (she was fuc*ing regal and mean) Unfortunately she's now dead and i miss her a big dealpic.twitter.com/n8MZQJatnl