Thank you for listening to #TheRightTime you can get the podcast here http://itun.es/i6LF3Gk

.@VinceGoodwill and i went through this yesterday. other than shaq, the last draft class represented in the 50 was '87. from the '88-95 classes, how many guys are locks? shaq, kg (who's been announced) and... which is to say, adding 25 more ppl isn't as easy i thought i'd be.

oh, and bob lanier. another guy who didn't make the 50 who would have a case for the 75.

add sidney moncrief to the list of guys who didn't make the 50 but probably should be on the 75.

i'm a touch reluctant to recommend a book i haven't read...but read jay's book. i'm gonna get to it soon. his ideas on these matters are both compelling and digestible.https://twitter.com/NewYorker/status/1450901142431469568 …

new #TheRightTime with @minakimes! we talk about ben simmons, the nfl and the guy with a really unfortunate name! YouTube: https://youtu.be/XYJFO9QF57s  Apple: https://apple.co/3AY9fpN  Spotify: https://spoti.fi/2Xtwx9o pic.twitter.com/Nuok0pThUE 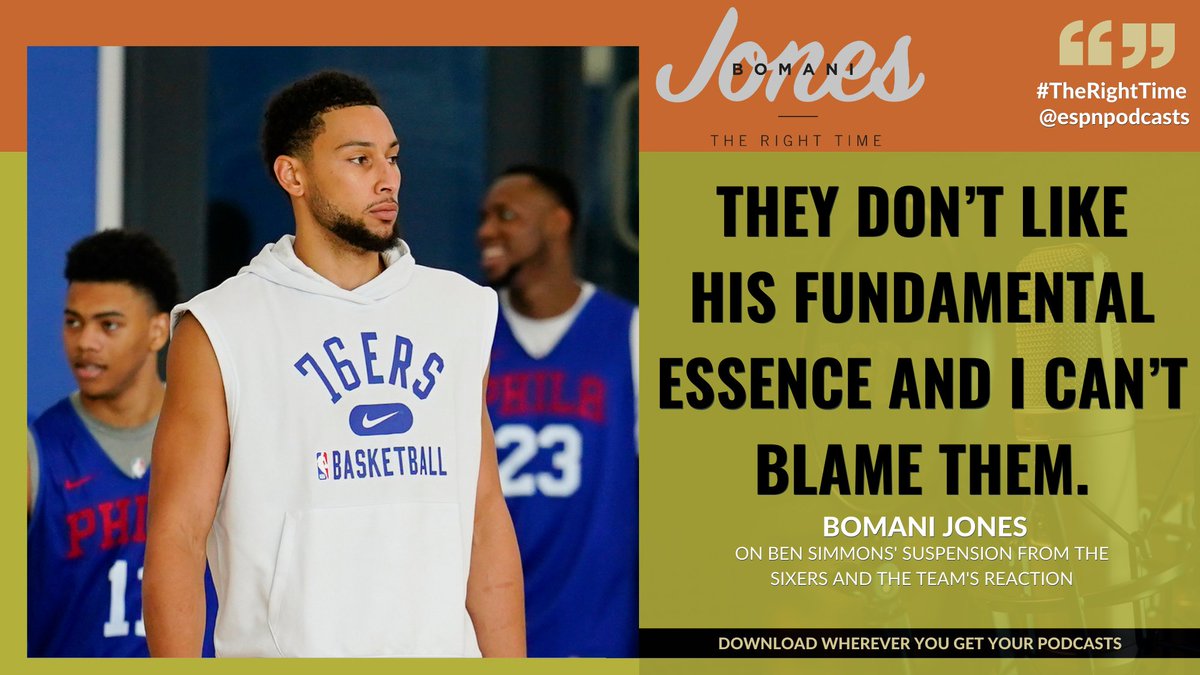 adrian dantley also has a strong case. his advanced numbers banged, too.

seven all-star games, three scoring titles, two rings...how did mcadoo not make the 50? i ask that seriously. i'm not sure what i'm missing other than people thought he was selfish.

this is like when the election coverage tells us that south carolina has gone red one second after the polls closed.https://twitter.com/NBA/status/1450905677505904649 …

a heater from @JasonAEngland1 on kyrie, dave chappelle and our public discoursehttps://defector.com/the-limits-of-dave-chappelle-and-kyrie-irvings-free-thinking/ …

they rode for simmons all year and, in the rawest moment, let a *little* truth slip out...and you're saying, after five months, simmons shouldn't have gotten over it? i can only assume you, too, are a sucker.https://twitter.com/Rikleen/status/1450612048954527746 …