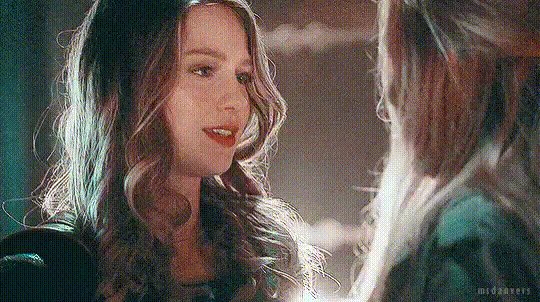 this is really turning into a cw exposé. lexi alexander, who directed some episodes of supergirl, said she "should've spoken up more about what happened".pic.twitter.com/4L2hrcS8Ci 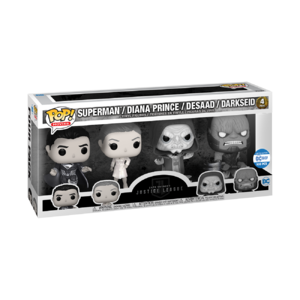 THREAD: Lena Kieran Luthor 6x16 #Supergirl and we start with THIS gaze bc why notpic.twitter.com/ihGWEwG4wJ 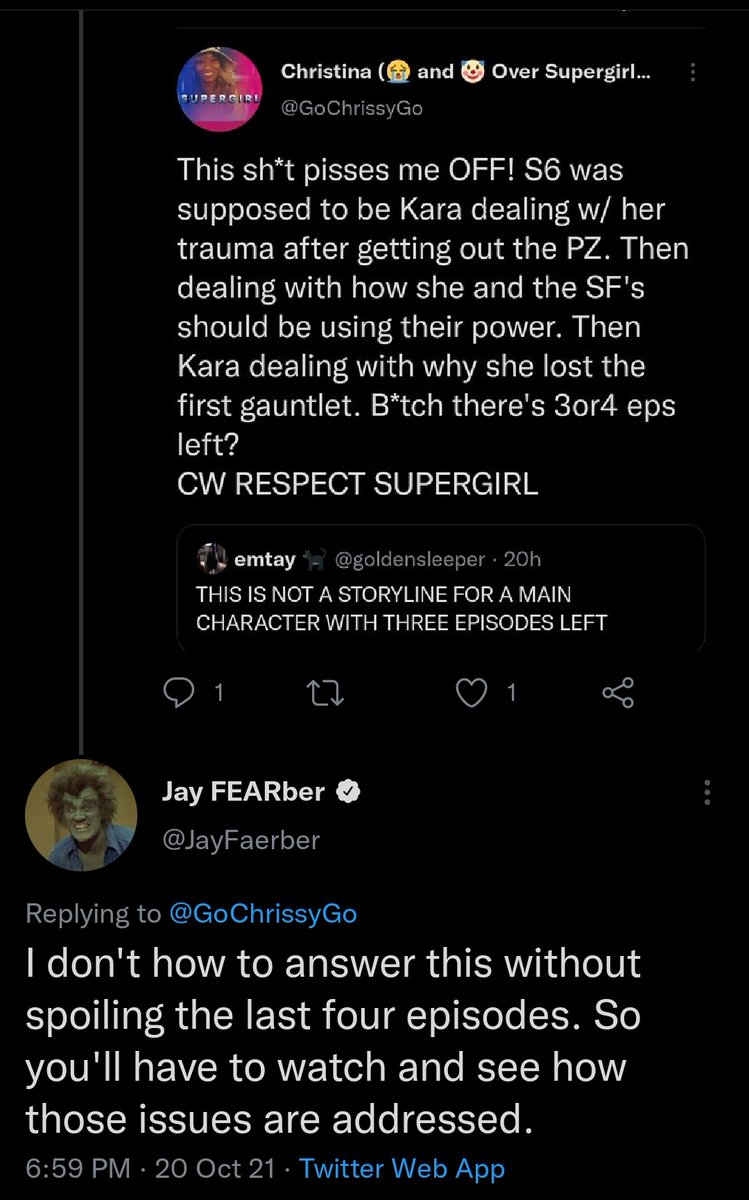 i don’t think she could stand closer to lena if she triedpic.twitter.com/xW8eupgvcG 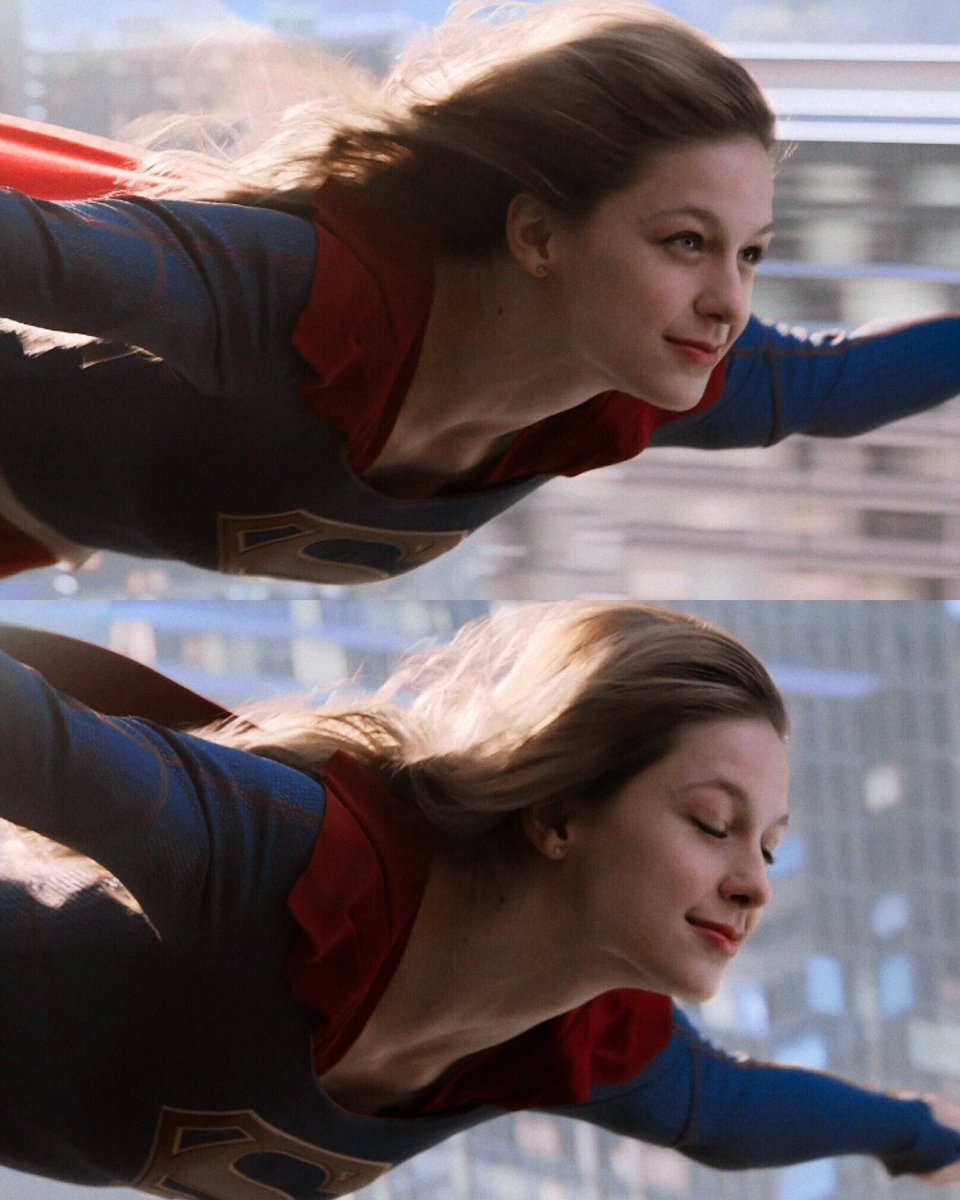 the funniest part about 6x16 was how Kara had only eyes for Lena when she explained that interview she wanted to do for CatCo and Lena was just as into the conversation as she was. Everything else really fades to the background when they are around each other.

do I believe they handled this correctly tho? absolutely not. what they did with kara was absolute garbage and even more so bc they had this stupid mansplaining idiot willy wonka take up so much screen time right next to her

I want society stop acting like they care about mental health when a 8 hour workday, 5x a week is still on the table.

I want to believe that the reason they didn't let Kara talk to Lena while she was struggling in the last ep is bc they want to highlight that (big) conversation in the next ep and have Lena once again be the one to ground her and show her she is so much more than just Supergirl.

if everyone gets an open ending except Kara then that would be truly bullshit. it wouldn't be a surprise of course bc we know the network hates her, but just in case they are going for an open ending, I don't see her giving up on being a hero. She might take a break tho.

#SchittsCreek star Dan Levy has now voiced support for the #NetflixWalkout: "Transphobia is unacceptable and harmful. That isn't a debate."https://bit.ly/3vrXh6U

that would be the logical answer but I truly do not trust this show at all and I am prepared for the worst.

the one thing that indicates Kara won't give up being a hero & a reporter is the courage totem. Remember why she failed it & why it will become relevant again. I think she will come out as Supergirl & simply continue with her life with no part of herself being a secret anymore.

It makes me physically SICK that they’ll never meetpic.twitter.com/6hISbnv4lz

my heart goes out to nadria tucker, kat graham, candice patton, vanessa morgan, azie tesfai, anna diop, ray fisher and every single black actor, crew and writer who've been speaking out for years about their specific maltreatment on their respective shows and still went unheard.

Kara shouldn't have to give up on any part of herself. They're equally important to make her who she is. Respect Supergirl. #Supergirl #cwrespectsupergirlpic.twitter.com/WHJ44ptxrh 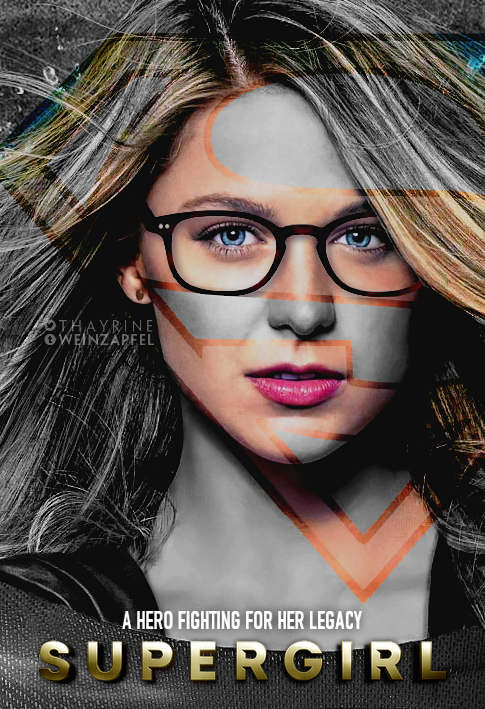