A strange thing is healthy people responding to CEV requests for mild restrictions (like masks) with comments about impact on mental health. That’s entirely valid. But it is striking: they don’t think about the mental health toll on CEV people being locked at home for two years.

I never understood pharaoh in the book of Exodus. But now I’m beginning to see the plausibility of hardheartedness and arrogance even in the face of plagues.

Resharing this @theosthinktank piece I wrote last spring because between the half-arsed mask wearing and the 100 deaths a day being called 'mercifully low', things are feeling a bit, well, vulnerable again.http://www.theosthinktank.co.uk/comment/2021/04/28/vulnerability-and-the-pandemic …

Next time someone asks why I’m single, I’m going to say “it’s a supply chain issue.”

I mainly have the Scottish half of my family to blame/thank for my politics so it was a real treat to hear from @AnasSarwar speaking so brilliantly to @tom_bray @ChrLeft tonight.

As I walked into parliament earlier this little charmer shouted ‘this is what we do with traitors’ at me, pointing at his gallows and noose. Out of the two of us I’m the one who’s life and routine must adapt, not his. Our politics really is broken.pic.twitter.com/vG8vW68tNc 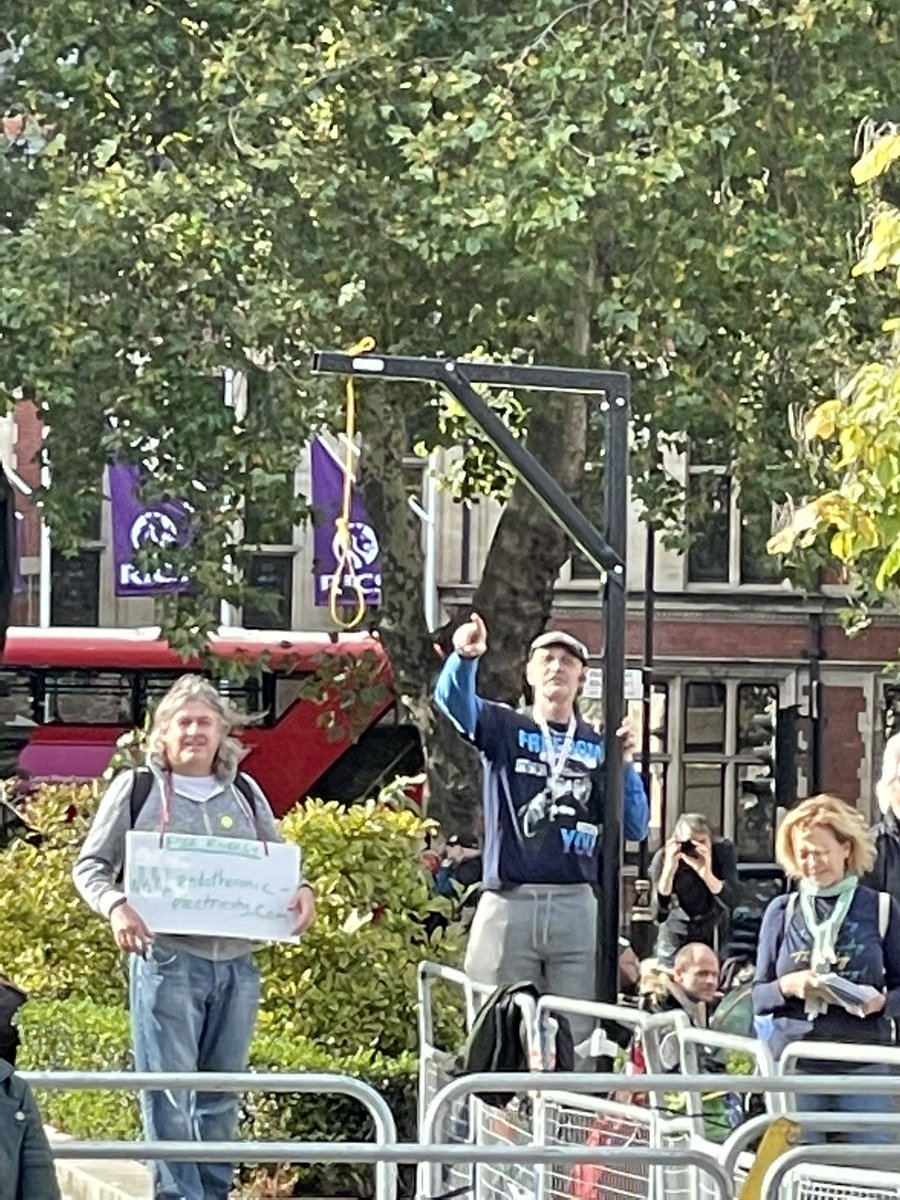 Anti vaxxers clamouring at Gove on his lunch break yesterday and literally building a gallows outside Parliament today will not help this one bit.https://twitter.com/SebastianEPayne/status/1450807212557979648 …

As cases soar in the UK, may I remind the tl that the majority of the world remains unvaccinated + the UK is one of a few countries blocking the proposal to waive intellectual property rights so more vaccines can be made for cheaper by global south manufacturers. Why? Profits.

Don’t know who needs to hear this, but if the penalty for breaking a law is a fine, then that law only exists for the poor.

I wrote for @NewStatesman about what we neglect to talk about when we blame falling fertility on climate change anxiety:https://www.newstatesman.com/comment/2021/10/its-absurd-to-blame-climate-anxiety-for-falling-birth-rates …

I’m so nervous for Jurgen here that I’m reliving the time an actual French girl did so badly in a test that our French teacher just threw the paper at her and walked out. #GBBO

Premier League announces 81% of players have received at least one COVID-19 vaccine dose and 68% are fully vaccinated.

Tomorrow is the anniversary of Andy Burnham getting that text and, not that you'd know it, recorded Covid cases and deaths today are both higher than then.

‘Go along gently, look after your body, don’t saturate yourself the whole time with mystical books…Hot milk and a thoroughly foolish novel are better things for you to go to bed on just now than St. Teresa’. (Letters)

Christians on the Left

'If we say we love someone then trash what they have made, that doesn't show love.' - @philipspowell speaking at our prayer breakfast this morning on climate justice.

The Home Office made my disabled client move from London to SW England, then sent a refusal of her asylum claim to the address they’d just moved her out of & this week have been trying to kick her out of her accommodation bc she didn’t appeal against the refusal she’d never seen

This made me smile in this morning’s Playbook, and reinforced the sense that anyone who has spent much time in church has probably met a man like David Amess.pic.twitter.com/FCqYaLf60e 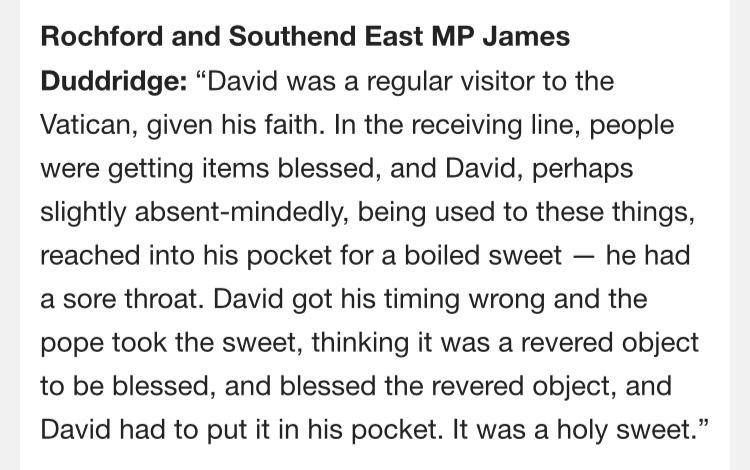 James Duddridge's warm account for David Amess and his irrepressible sense of mischief just now brought to mind his cameo in this ad for Bananarama's Greatest Hits – body-popping in the back of a car with Norman St John-Stevas to Robert De Niro's Waiting https://www.hatads.org.uk/catalogue/record/35379bdc-0063-490f-bc21-369a6e505725 …pic.twitter.com/pPQp22EZrA 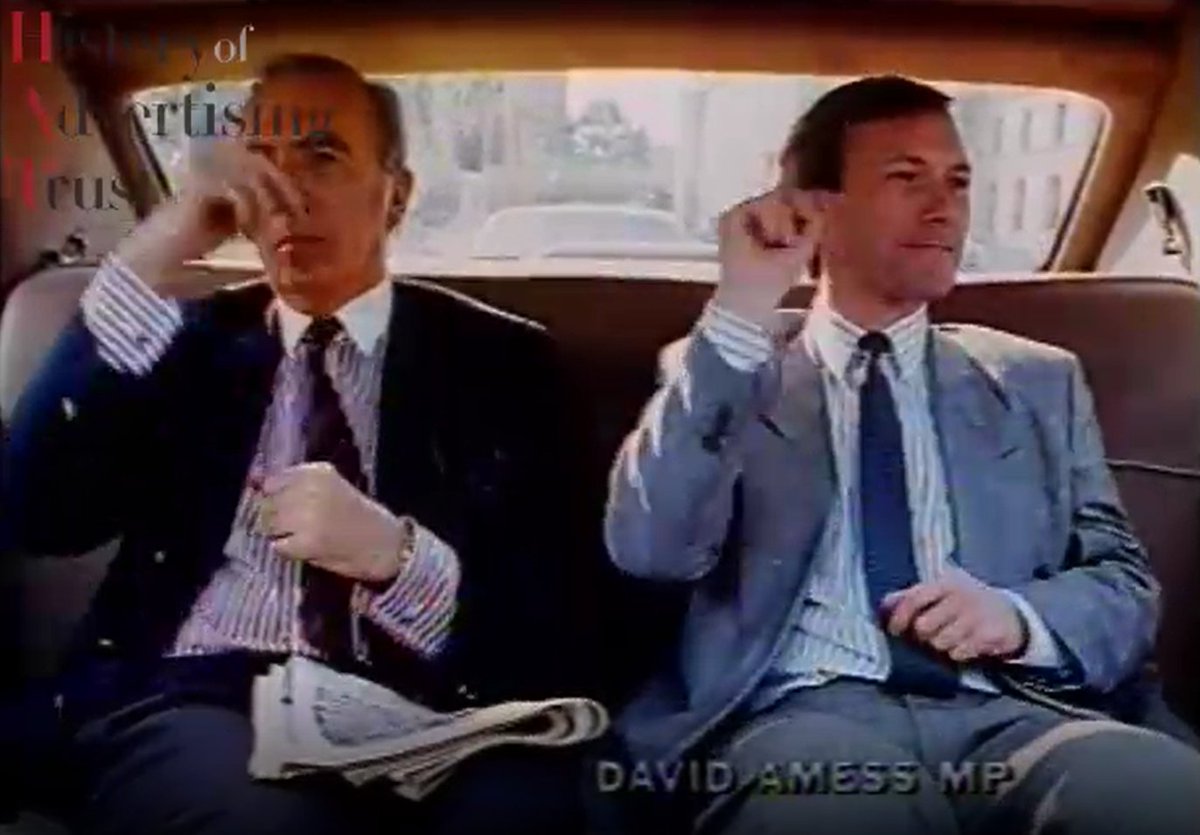 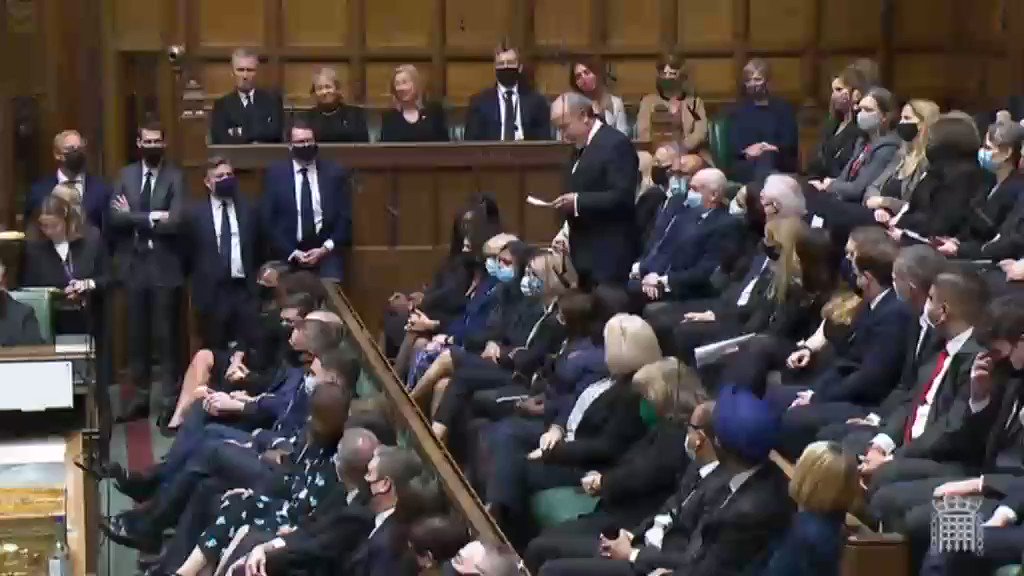