I wrote something thinking about why Suez is such a favourite historical comparison for the British establishment, and what it means that “the worst failure since Suez” has become a standard critique. https://www.theguardian.com/commentisfree/2021/sep/04/afghanistan-britain-worst-failure-since-suez-uk-foreign-policy?CMP=Share_iOSApp_Other ….

Kacper and Aadam are not "weird, trendy spellings" of Casper or Adam, actually.

(removing online anonymity will not stop this behaviour, though. It’s not anonymity, it’s distance, which empowers people to be so vile. And some people will do it right into their victims’ faces, too.)

There was a lot of (very sensible and rational) commentary pointing out that women really aren’t that heavily at risk from stranger violence, but that doesn’t feel plausible or reassuring if you’ve had months or years of strange men sending you rape and death threats.

I was thinking about this after the huge outpouring from online women in the aftermath of Sarah Everard’s murder. Women have v little risk of being murdered by a stranger but many experienced her death within a context of being used to strangers making violent (online) threats.

This is certainly true and extends to the staff of MPs, too, who often have to deal with this stuff. Not surprising that in this context people see the problem as one of a tide of unrelenting grim violence across multiple platforms. (Although online anonymity doesn’t cause that.)https://twitter.com/thhamilton/status/1450088390741958670 …

Also, the other point that needs to be made re: online "anonymity" is it's incredibly easy for law enforcement to figure out who someone is if they can be arsed to actually investigate illegal activity, they're just *not doing it because they can't be fucked*

In my experience, fb is far and away the most toxic platform and it's the one where everyone is under real names with like 500 photos of their children

I never thought I enunciated clearly but fifteen months of this has really driven home *how* badly I speak for someone who is a professional talker.

Just read Laura Carter’s compelling chapter “Women historians in the 20th century” (@carter740) in Precarious Professionals. A thorough and groundbreaking paper on an overlooked topic that concerns us all professionally and personally. Available here https://humanities-digital-library.org/index.php/hdl/catalog/view/precarious-professionals/228/419- …

Co-teaching with @EveColpus means that the transcripts of all of my online lectures constantly assert that "even I" find this topic interesting, "even I" look forward to the seminars this week, "even I" will mark your essays as promptly as possible.

It’s time for every gardener to play their part and ditch peat.pic.twitter.com/gEJXiqz6kL 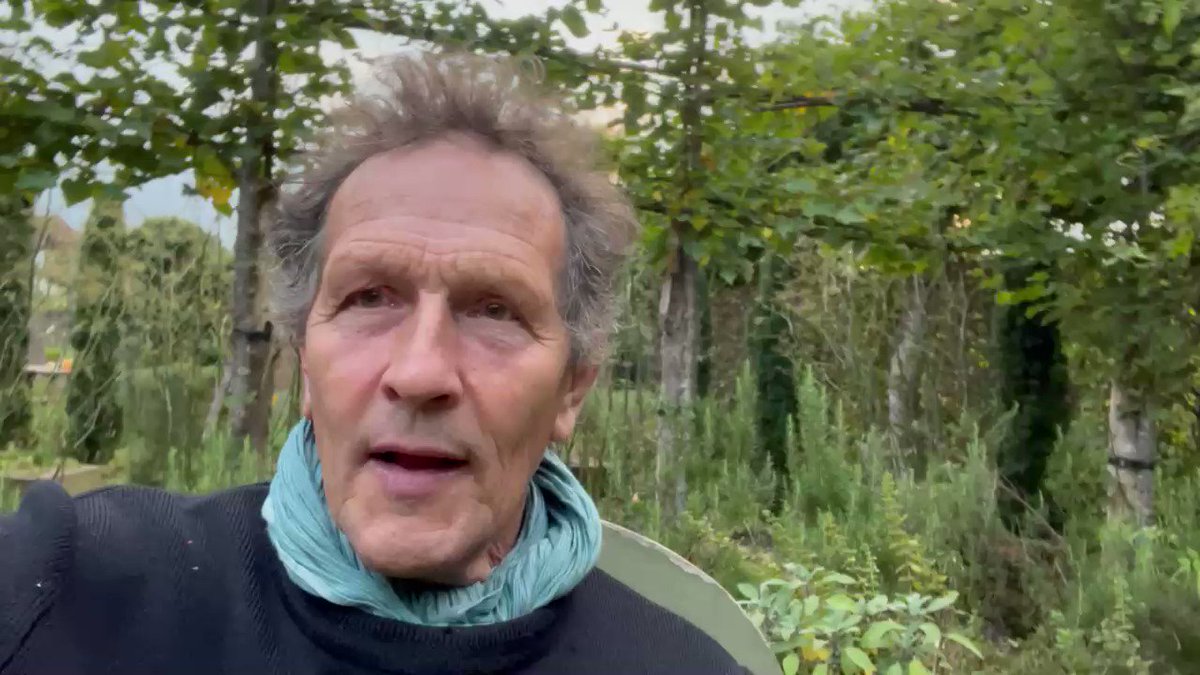 If this is true it is terrible. Newspapers really should not do things like this.pic.twitter.com/0NHlehIrTp

Horrific news about Sir David Amess. The second MP to be killed at their surgery in 5 years. Thoughts are with his family and loved ones. And this cannot continue. The lessons weren't learnt when Jo Cox was killed. They must be learnt now.

When Dr Beryl Gilroy arrived in post-war England from Guyana, her colourful wardrobe stood out. Gilroy went on to become one of London's first Black headteachers. Explore her story and other stories connecting the Caribbean and Britain in this tour https://fal.cn/3j4ag pic.twitter.com/9LV1zMfiwt 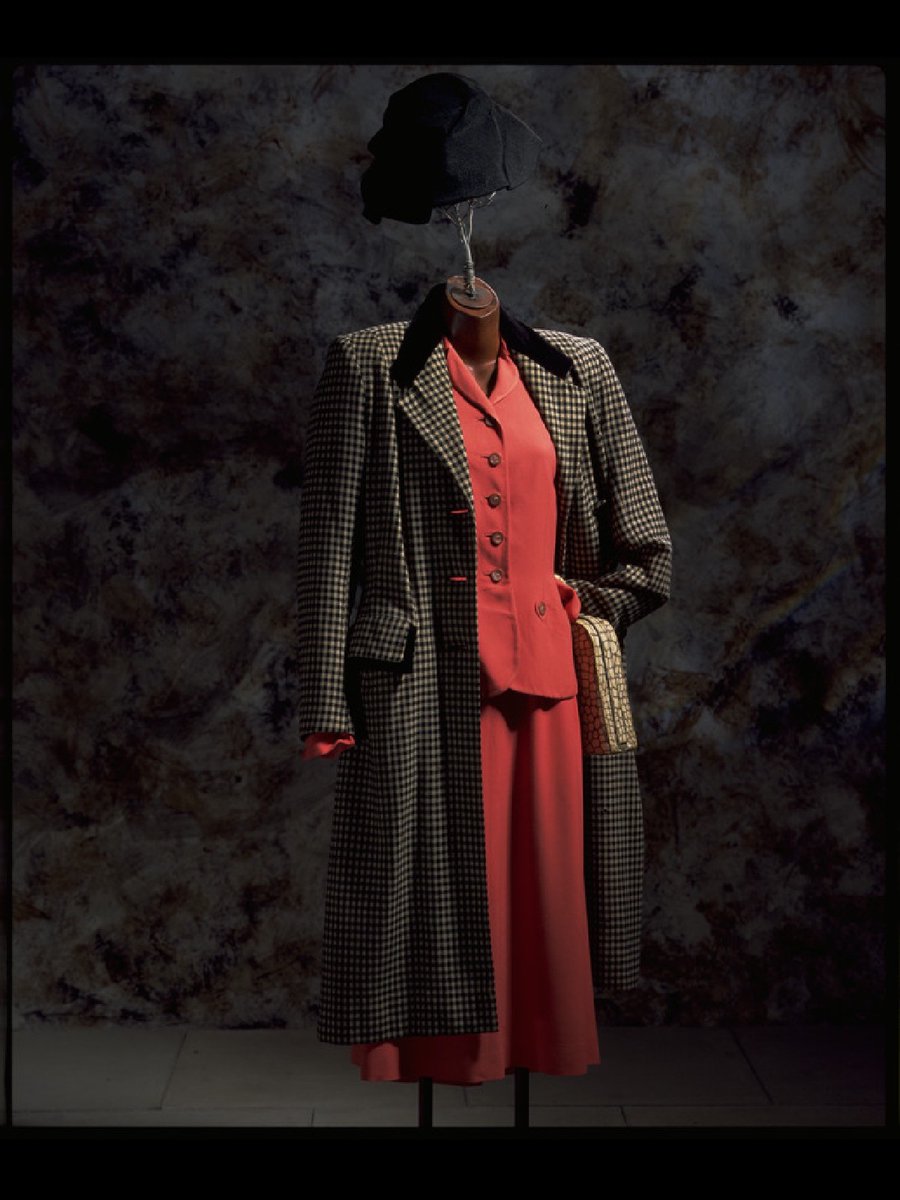 Hi! I'm looking for experiences of reading during 1960s-1980s women's movements in Britain. I'd love to hear from you if you were ever moved, excited or inspired by something you read during this time. Take my survey here: https://forms.gle/xgZDSPDCw8WxafveA …, more details below...pic.twitter.com/IxywZlFA6f 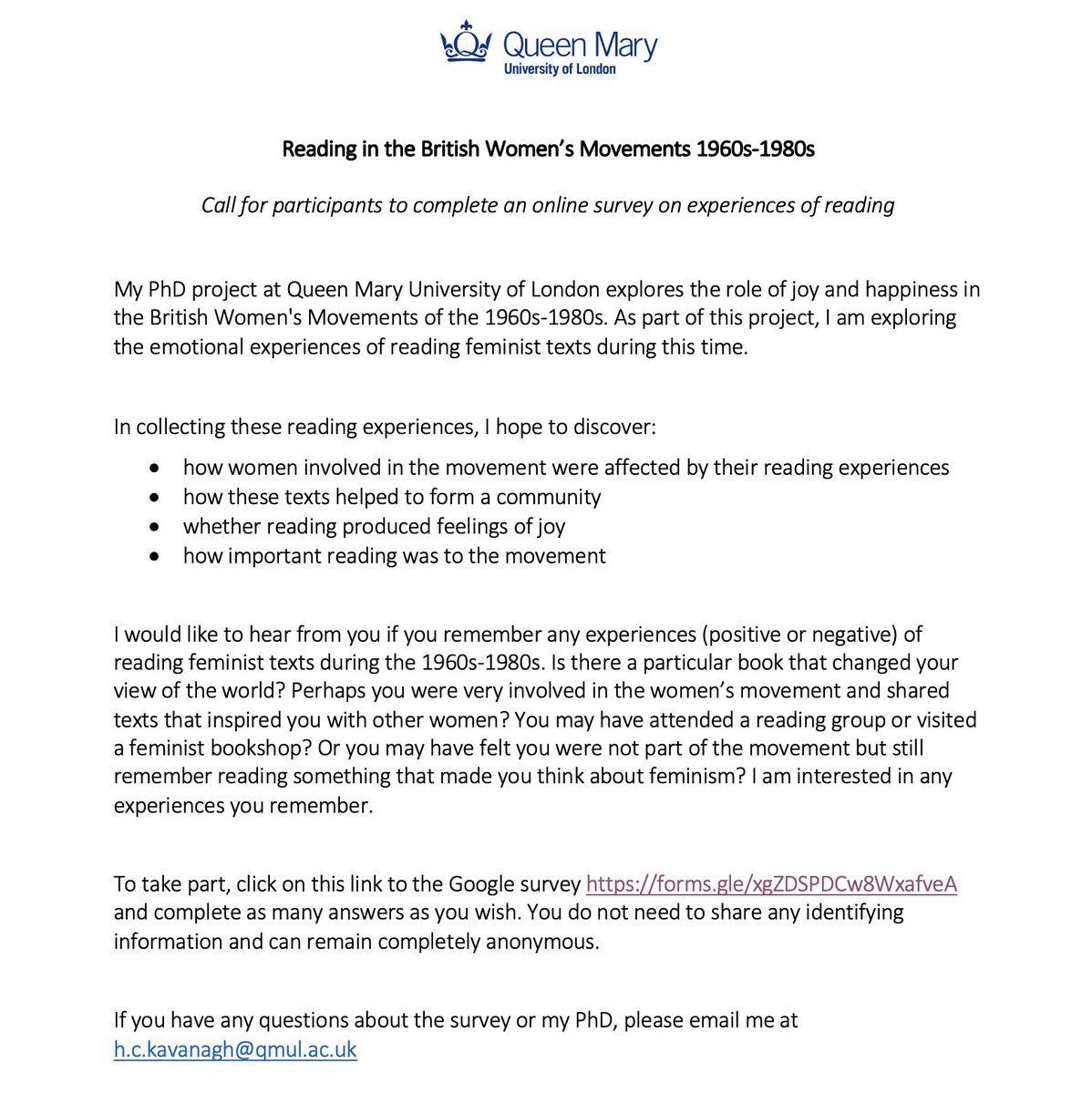 How long before this spills over into the catastrophe of last winter again?pic.twitter.com/FnN1rVdWwt 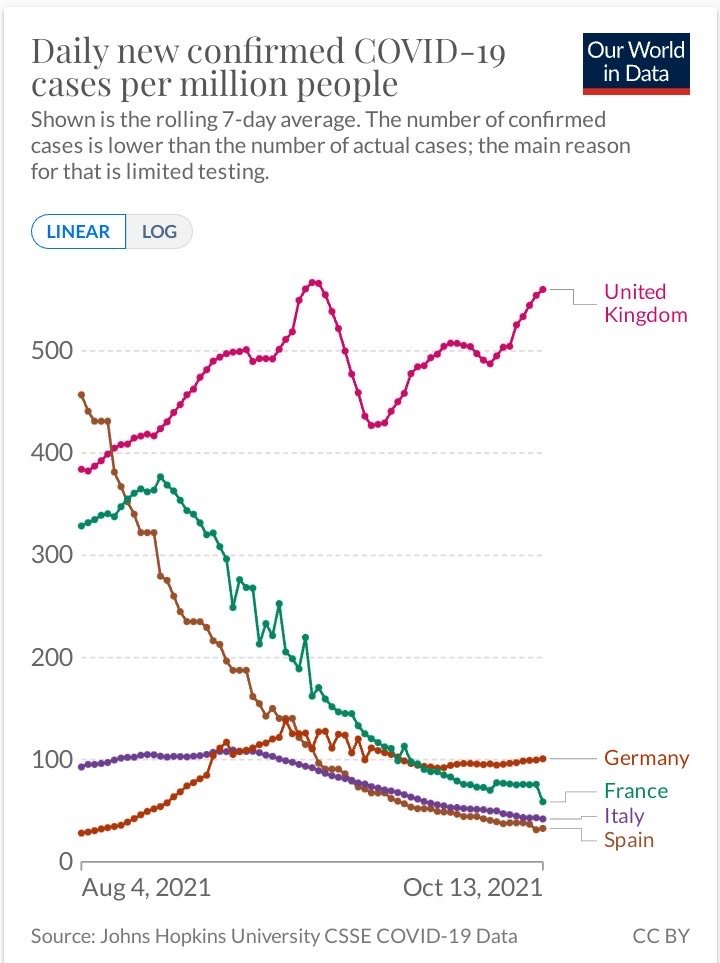 I mean, we're worried that all the universities laying off their staff because their admissions have dipped are being alarmingly shortsighted, given the upcoming deluge of 18 year olds. Presumably the Tories are delighting in the upcoming UCAS-sponsored Hunger Games.

Do you identify as a woman? Are you aged 13 or over? Do you use social media to challenge violence against women and girls? Have you received online harassment and abuse in response? https://redcap.gcu.ac.uk/surveys/?s=FAMKD8E9L3 …pic.twitter.com/G5Gx0G69XJ