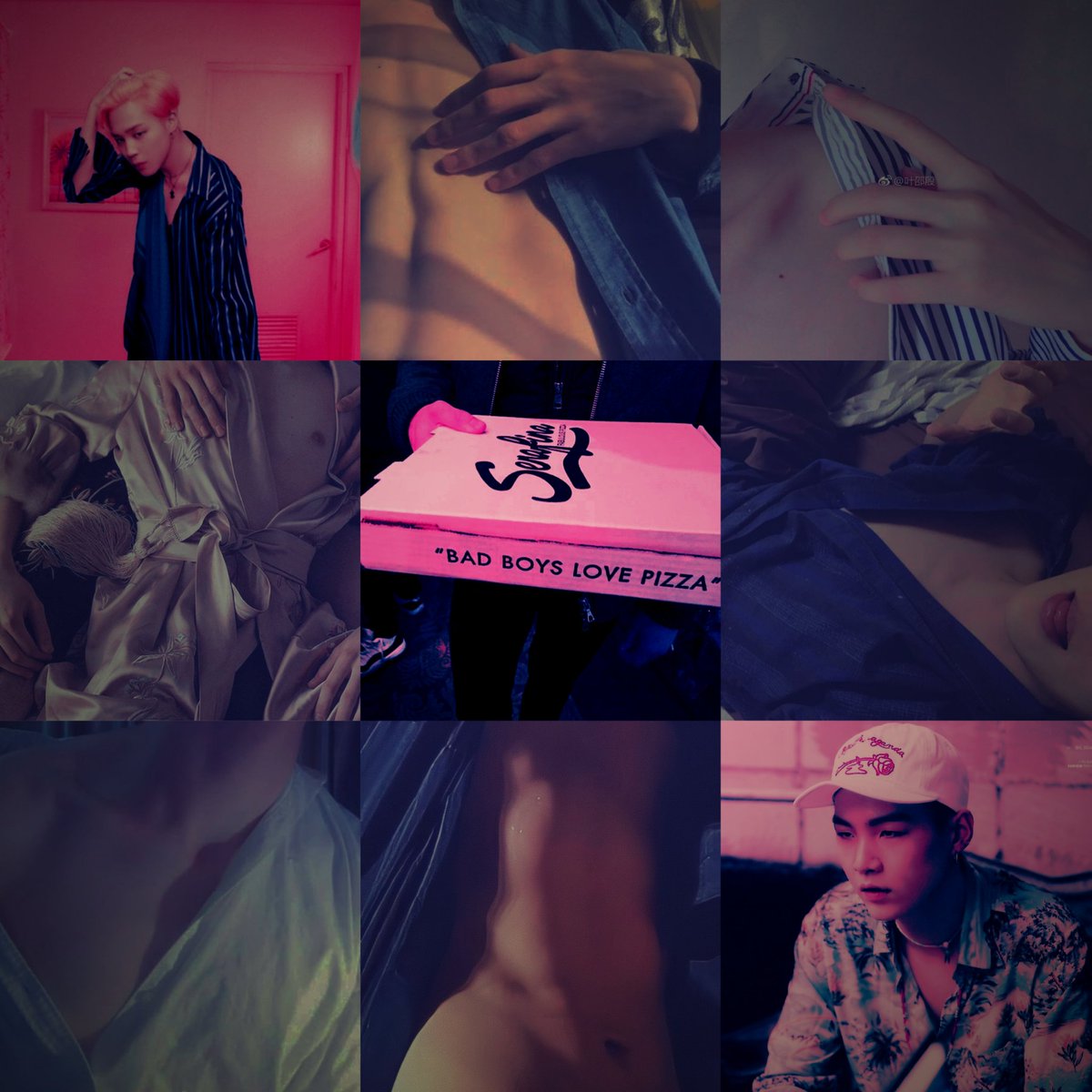 Yoongi still doesn't know who he saved in his past life to deserve this.

His fingers curl around the sheets beneath him, feeling their softness underneath his palm. The lights are dim, the atmosphere soft and cozy, a slow song playing as he finds himself in this familiar room yet again for tonight.

How many nights does this make now? A month? Two months? Fuck if he knows. All Yoongi knows is that Jimin has entered the room again, and is walking towards him with a big smile.

Jimin. Park Jimin. Park Jimin who /really/ seems to love pizza for some reason, and has been a loyal customer of their humble joint, Bad Boys Love Pizza, for quite some time now.

Park Jimin who often orders Hawaiian, and has a knack for giving incredible tips. He likes answering the door with barely any clothes on--a mere robe and a pair of boxers more often than not--and will greet you with a charming grin as he leans against his apartment's threshold.

"Hi." Jimin greets for the second time that night, voice like honey in Yoongi's ears after a long day of endless deliveries, and countless pizza boxes. His stomach can't help but to flutter weirdly, even though they've done this so many times already.

Even though he has experienced being nose to nose, and seeing Jimin this up close, plus several other things Yoongi still can't believe they have done to each other-- Jimin still has the same effect on him since the very first day.

With a quick intake of breath, and a swipe of tongue over his dry lips, Yoongi finally gets the balls to hold the other's waist. Every freaking time, seriously. "Hey."

Jimin's gaze softens, and even in the darkness, Yoongi can see the fond smile playing on those pretty lips. Okay, Yoongi didn't want to assume, but it just--it looks fond. So maybe it really is.

Gentle hands cup his face, and Jimin shifts to sit more comfortably on his lap. Yoongi glances down to appreciate the other's appearance. A robe, and a pair of boxers. Damn.

"It's been a while..." Jimin mumbles, gaze lowering down to Yoongi's lips. Yoongi can feel careful fingers brushing over his cheeks. "How have you been?" It has been a while. "Um," Yoongi adjusts his fingers where they are currently pressing over soft skin. How /has/ he been?

"Fine, I've been--I've been fine." He thinks. "Hm." Jimin hums, taking off Yoongi's wacky cap, and setting it aside on the bed. He brushes Yoongi's hair back, probably oily and greasy after a long day, and regarding him with a thoughtful expression.

"Sorry. Been busy for the past few weeks." "No, it's--" Yoongi gulps when Jimin's hands start fiddling with the buttons of his equally wacky polo. "It's okay. Work?" "Yeah..." Jimin sighs, a small frown replacing his usual smile. "Wanted to see you though."

"Yeah?" Yoongi breathes out as his shirt gets slowly unbuttoned. "Mmhmm. I even wanted to order from the office just so I could see you." Their eyes meet, and Yoongi can't help but to chuckle.

"But it's really far. Didn't want you driving all the way just because I was missing you." Missing Yoongi. He was missing Yoongi. "But I've been thinking about you all week." Jimin tugs for him to take off the damn polo, and Yoongi does so without question.

His bare stomach tenses up under Jimin's fingertips, starting to feel that familiar heat bubble up somewhere inside his gut. Just the way Jimin's looking at him is enough to set it off in a full blaze, to be honest. "Thanks for coming tonight, Yoongi."

All Yoongi could think of for the past two weeks was riding up the elevator to this floor, and seeing those gold numbers plated on the door again. That's the only thing Yoongi looks forward to these days, actually.

Being with Jimin is the only thing Yoongi ever looks forward to.

He gives Jimin's waist a squeeze, moving his head just enough for their lips to graze in the slightest. Faintly, he feels the soft blow of Jimin's breath on his skin. "Don't mention it."

And finally, Yoongi feels those lips on his.

So this whole hooking up thing has been going on for longer than Yoongi expected. Not that he knows what to expect in the first place, really. Ever since that first delivery, he never knows what kind of things will happen anymore.

At first it just used to be Jimin ordering in the middle of the night, Yoongi either getting a really heated make out session out of it or a really heated blowjob--most of the time the latter--but now they do things like these too. Things like...

Yoongi going straight to Jimin's apartment after his shift. Fucking all night in 69 different positions--69 included--until he can't feel his lower half. More often than not being pulled to Jimin's bedroom and pushed down the bed, when it just used to be the couch. Or the door.

Or the hallway. Or the dining table. Once. Jimin has started texting him during weird times of the day too, and Yoongi finds himself spending more and more time on his phone. He can't count how many times Hoseok has teased him about it, but Yoongi just flips him off.

He's not sure if random selcas he receives every now and then, or the occasional hey how are yous, can be considered as booty calls, but all of that are enough to put a highlight in Yoongi's otherwise dull days. Funny how something so simple can make him smile.

Lately, the sex is becoming less and less straight to the point. More often than not, Yoongi finds himself engaged in a drawn out french kiss, with tongues and all that, Jimin letting his hands wander all over Yoongi's body, just feeling him up without real hurry.

The touchiness spills over Yoongi, and he always ends up making Jimin smile and giggle whenever he tries to be a little bolder with his intentions too. And they take it slower. More thorough than the usual quicky. Although Yoongi likes those too, but this--

This isn't so bad.