There's some wild stuff being announced at the Switch presentationpic.twitter.com/6MM8nxjY6x 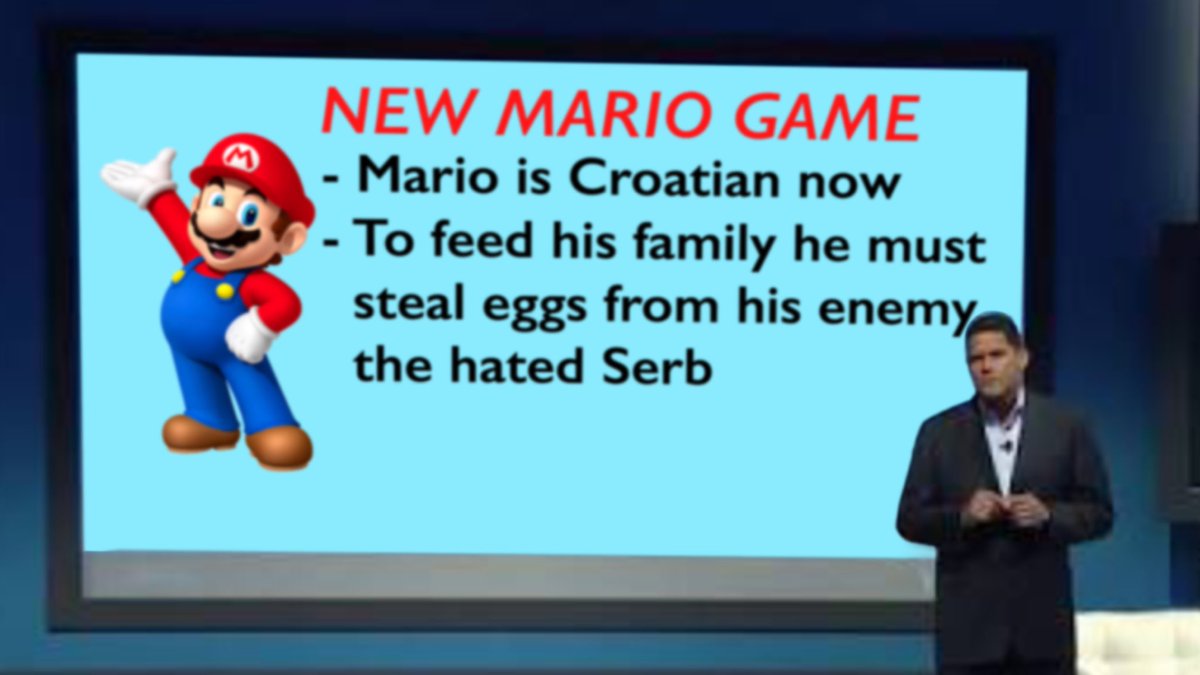 Accompanied by his trusty pal Luistashi.

my body is ready

Sometimes the Bosian helps him, sometimes hinders him.

Mario leaps over the head of Slobodan Milošević, causing the bridge to collapse and plunging the Serb leader into a lava pit.

Also, the bridge is in Mostar.