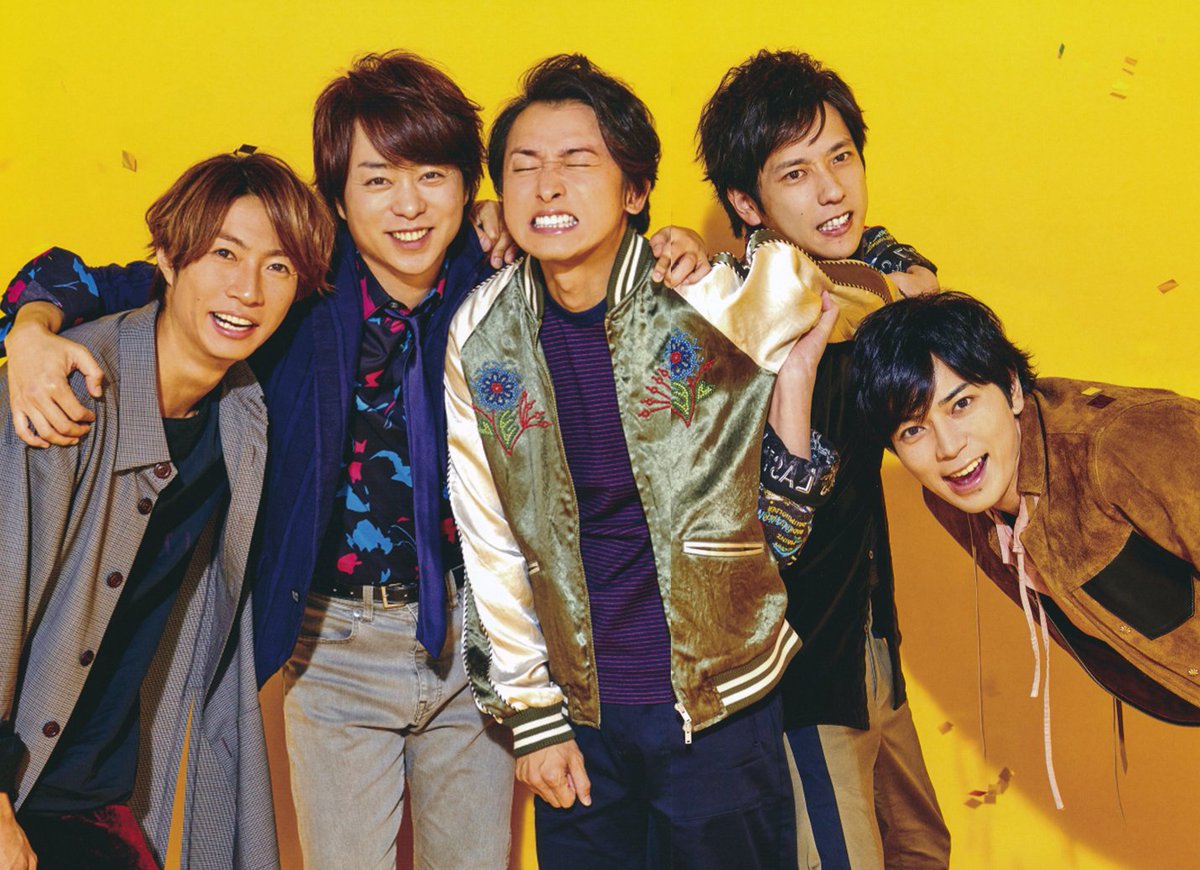 : Sorry if I kiss you

: It's okay if it happens

: I (we) will hold you tight AHHHH

And Jun rolling his eyes in the back going "Hurry up!!" 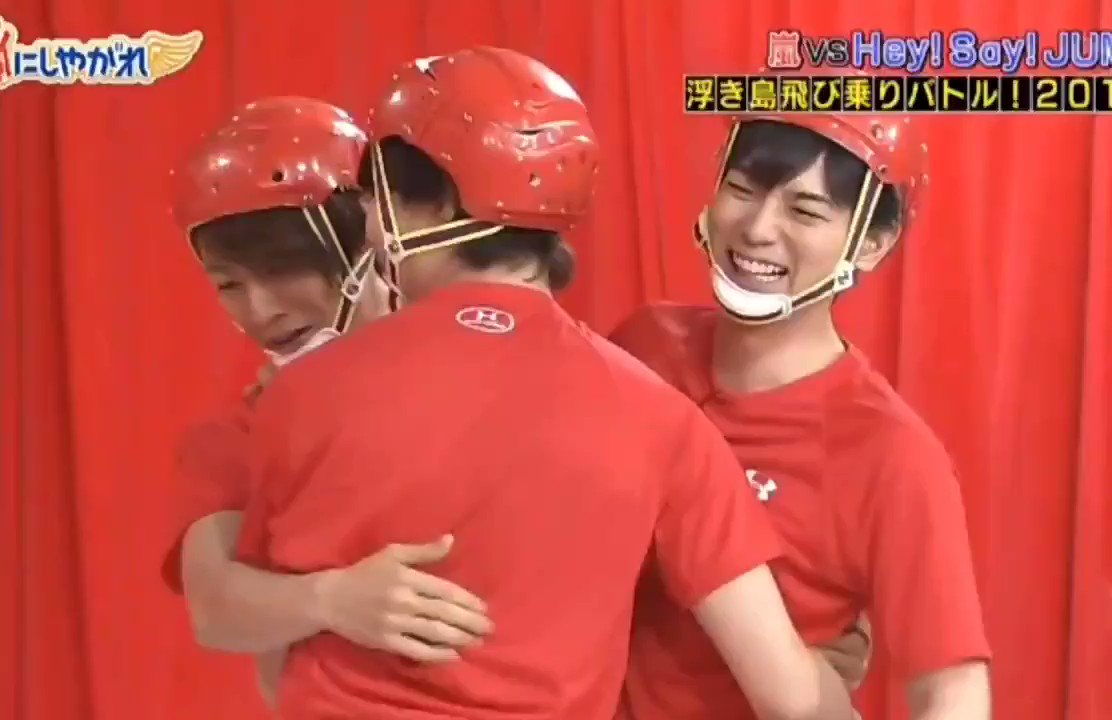 How do you feel about Jun's pants in the photo above?

Happy Wednesday, folks! Hope you're up for a mid-week poll! Jun's pants in this photo: yay or nay?pic.twitter.com/uFdeud6yJF 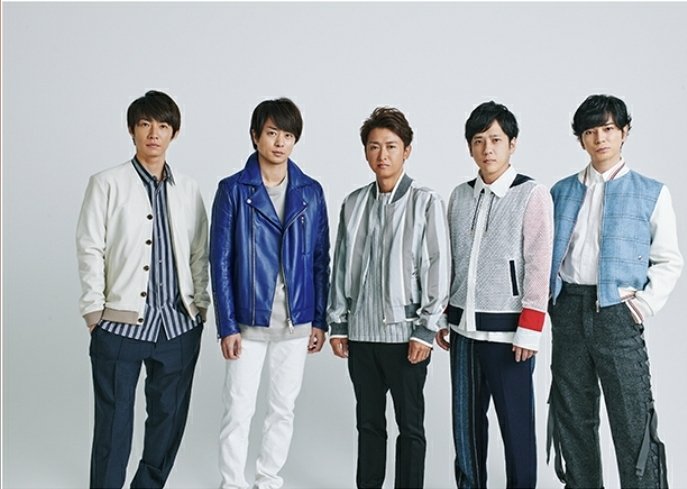 [Vintage VSA] Sho: Isn't (Nishihata Daigo) part of the Ninomiya Children? Nino: He's a believer of the Ninomiya cult. Ohno: What do you like about Nino? Daigo: As of now, I don't quite understand it myself... Sho/Nino: 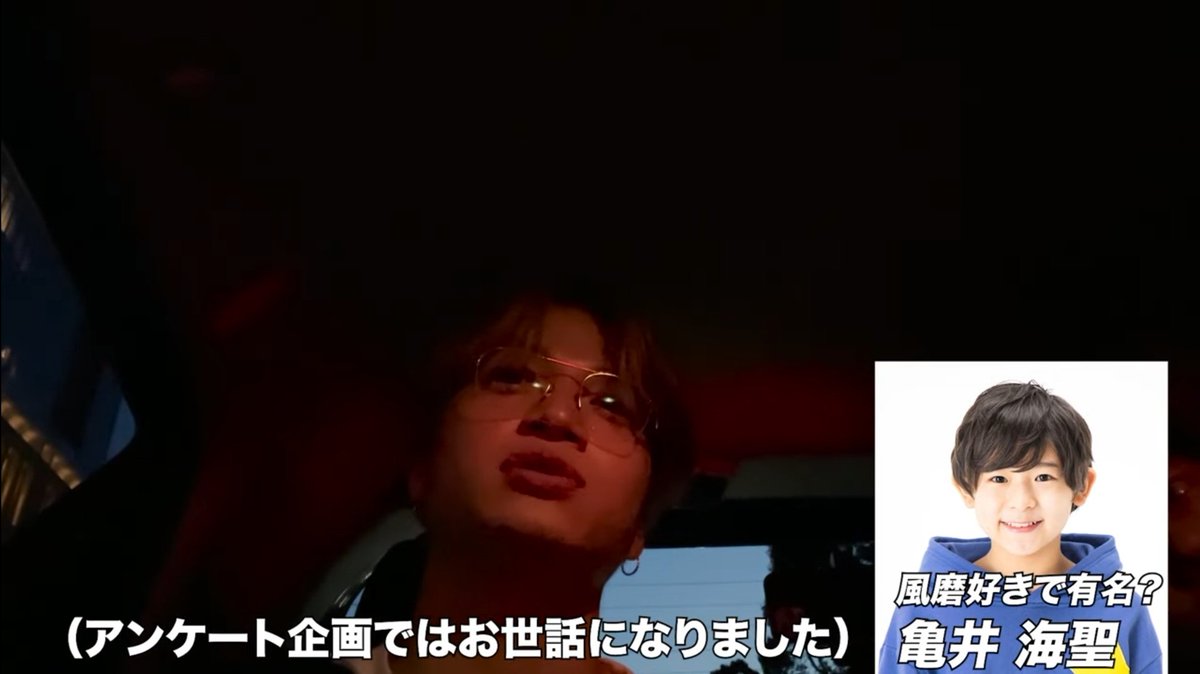 The guys are headed towards Tokyo Dome! Fuma: I wanna go to the batting center nearby! Daigo: Oh yeah, they have a batting center. Fuma: That's what I've been saying SINCE JUST NOW

Nino: No, no, you shouldn't drop the suffix when talking about people who aren't here! Caption: Let's not drop the suffix* T/N: Nino wrote "Yobisute yameYOU", where YOU roughly means "Let's" or "Shall we?" But Nino uses the Kanji 陽 which means extrovert (i.e. Fuma)pic.twitter.com/Sw3fhnTVKZ 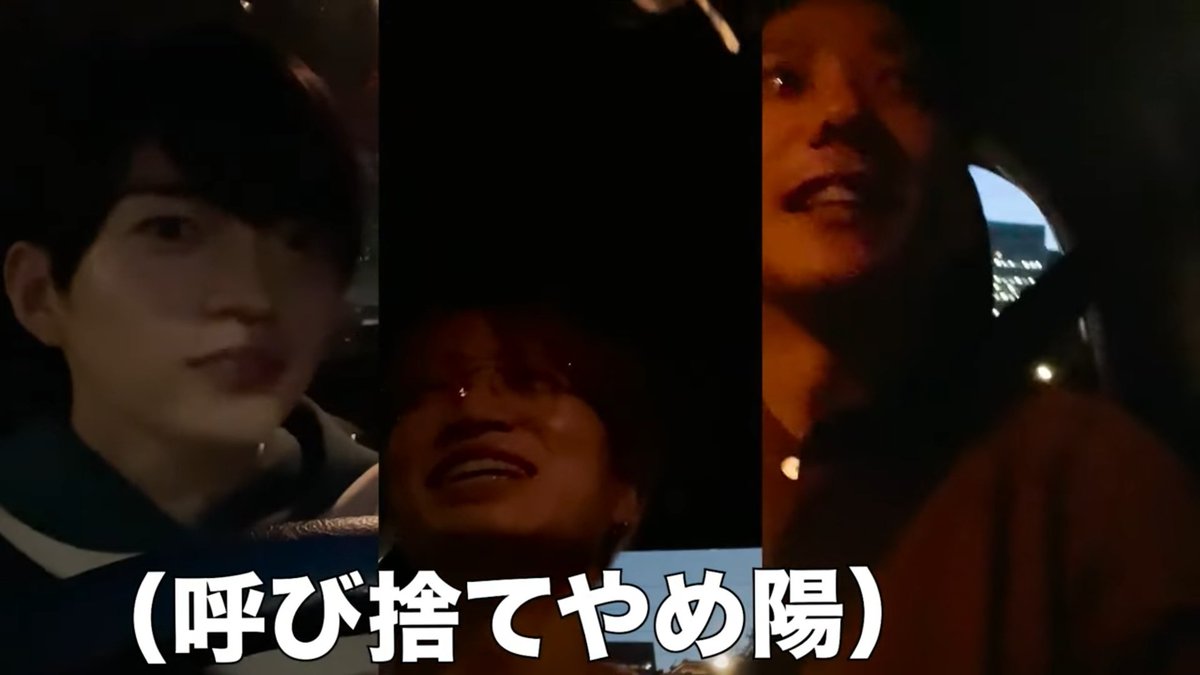 Fuma: I don't think I'm suited to be a matchmaker. If I had to choose, I'd say Nakamaru* would be a better fit. T/N: Fuma doesn't use the "-kun" suffix here, which is a little rude. It's like calling your teacher by his first name when he's not around.pic.twitter.com/TziHs28iDQ 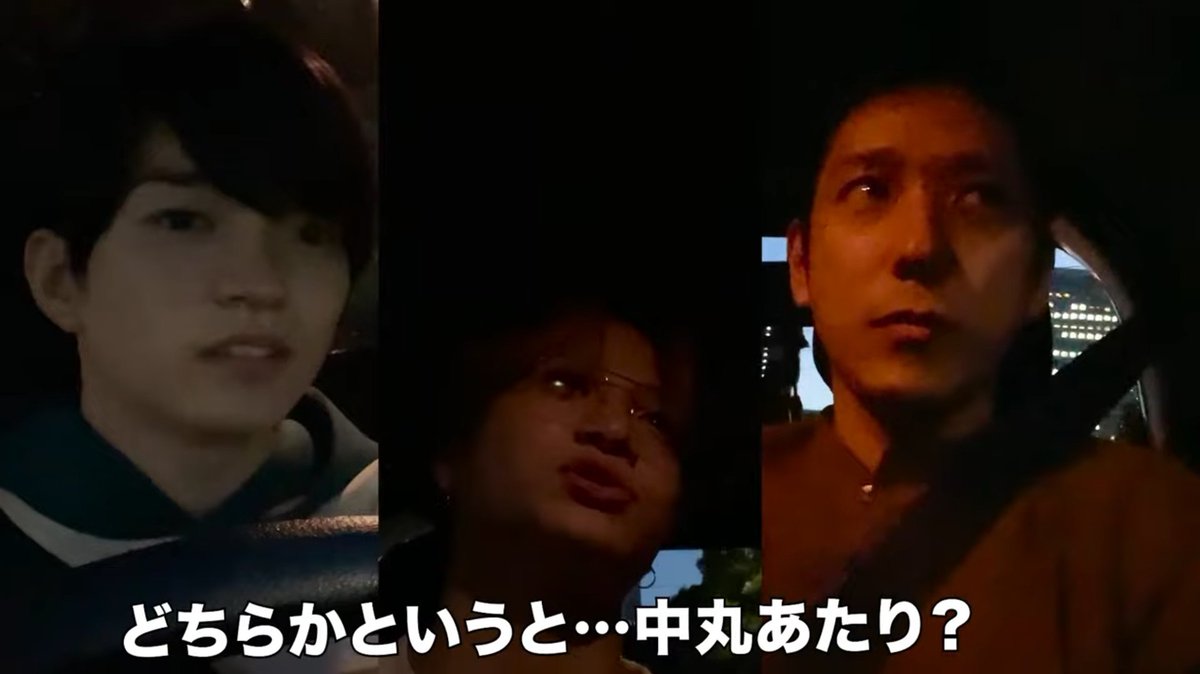 Daigo is really grateful that Fuma is here with him and Nino. Daigo: If it's just the 2 of us, I wouldn't know what to talk about... Fuma: Am I a matchmaker (overseeing a matchmaking session)?pic.twitter.com/jbkOpjoWLc 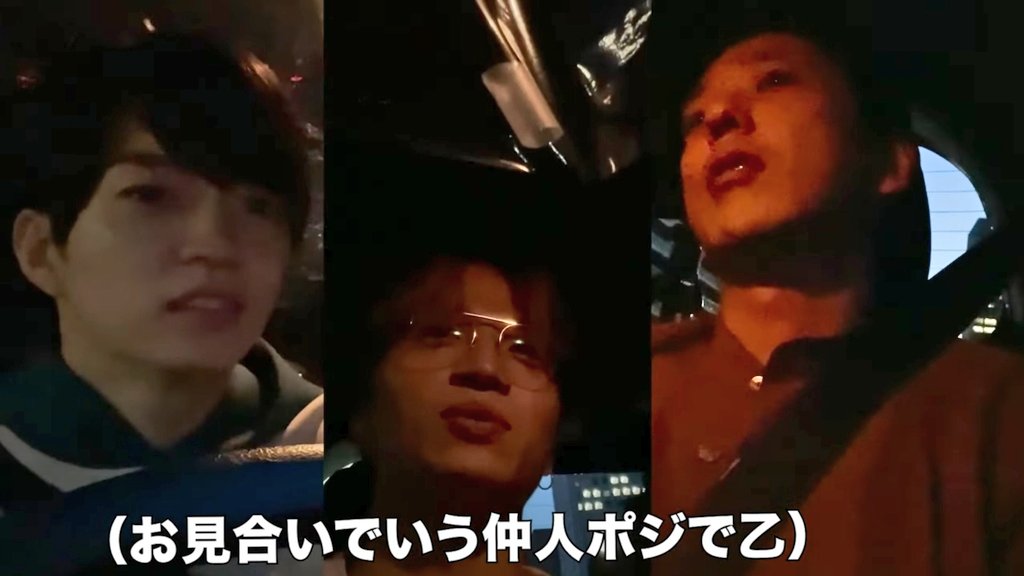 Daigo: Now I don't know what I like most about him! Nino:

Fuma: That's what it means to be attracted to someone. You can't put a finger on it and say definitively, "This is it." T/N: Fuma dropping pearls of fanboy wisdom.pic.twitter.com/YSwHSNbC5n

Daigo started to like Nino and thought he was cool because of Yamada Taro Monogatari. Fuma: A masterpiece! Daigo: Then I watched Ryusei no Kizuna and adored him. Fuma: Another masterpiece. T/N: For all his snarky comments, Fuma can't hide that he's an Arashi fanboypic.twitter.com/iwD8i6PcXs 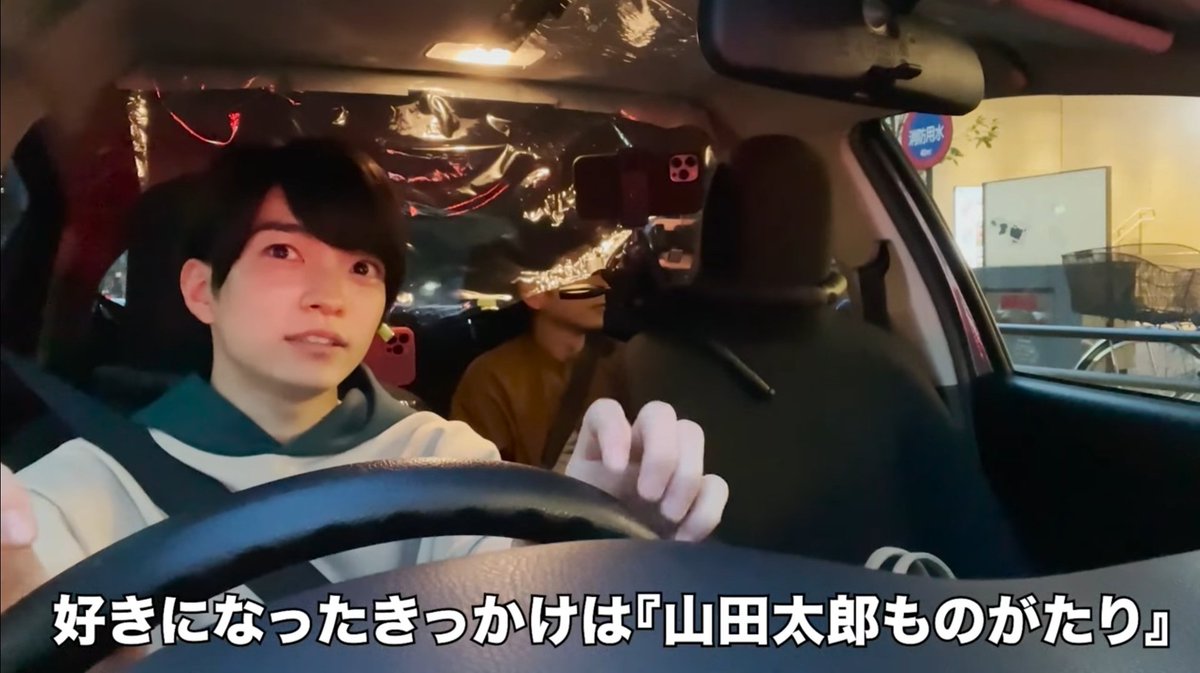 Nino mentions how Lil Kansai's Ohnishi said on TV that the senpai he looked up to was Fuma. Nino: How about you, Nishihata? Which senpai do you respect? Fuma: You totally rigged the game! (Daigo is famous for his love for Nino)pic.twitter.com/h7A0PrmfQH

Fuma's hiding at the back, waiting for the opportune time (i.e. a red light

) so that he can reveal himself, but he ends up looking like a serial killer waiting for his next victim.pic.twitter.com/GAVcgwxkYi

Daigo: OMG the winker (signal light) keeps moving! Caption: They're called WIPERS. LOL Daigo: Oh no, the winkers won't stop! Caption: Okay fine, you're cute so you can continue to call them winkers.pic.twitter.com/mPujF4bQtD

Daigo checks his rear view mirror, completely oblivious to the 2 men hiding in the back. It's his 1st time driving in Tokyo and he's nervous. Daigo: Whoa, this is scary! Caption: You're the scary one for not noticing us. - Yours sincerely, Senpaipic.twitter.com/gvwGwLy6bQ

Today's guest is none other than the Leader of the Ninomiya Cult's Youth Branch, Nishihata Daigo! He has some trouble putting on his seat belt and Nino bestows him with the additional title of "Seatbelt License Level: Total Beginner" in the captions. https://twitter.com/transitions0101/status/1254046768003575814?t=q3bxZ2-kCWWHEunB19DwlQ&s=19 …pic.twitter.com/kY1b4uRbWC 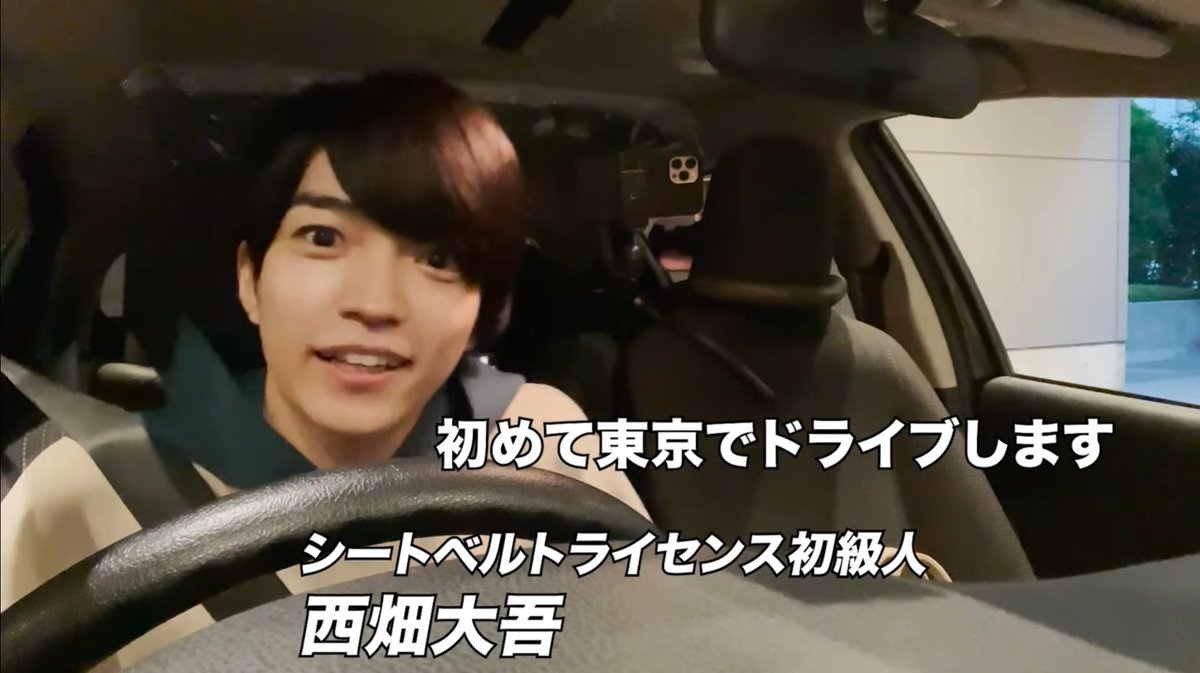