[Breaking] Arashi's Aiba Masaki and Sakurai Sho announce their marriages. (Not to each other, they have their respective spouses 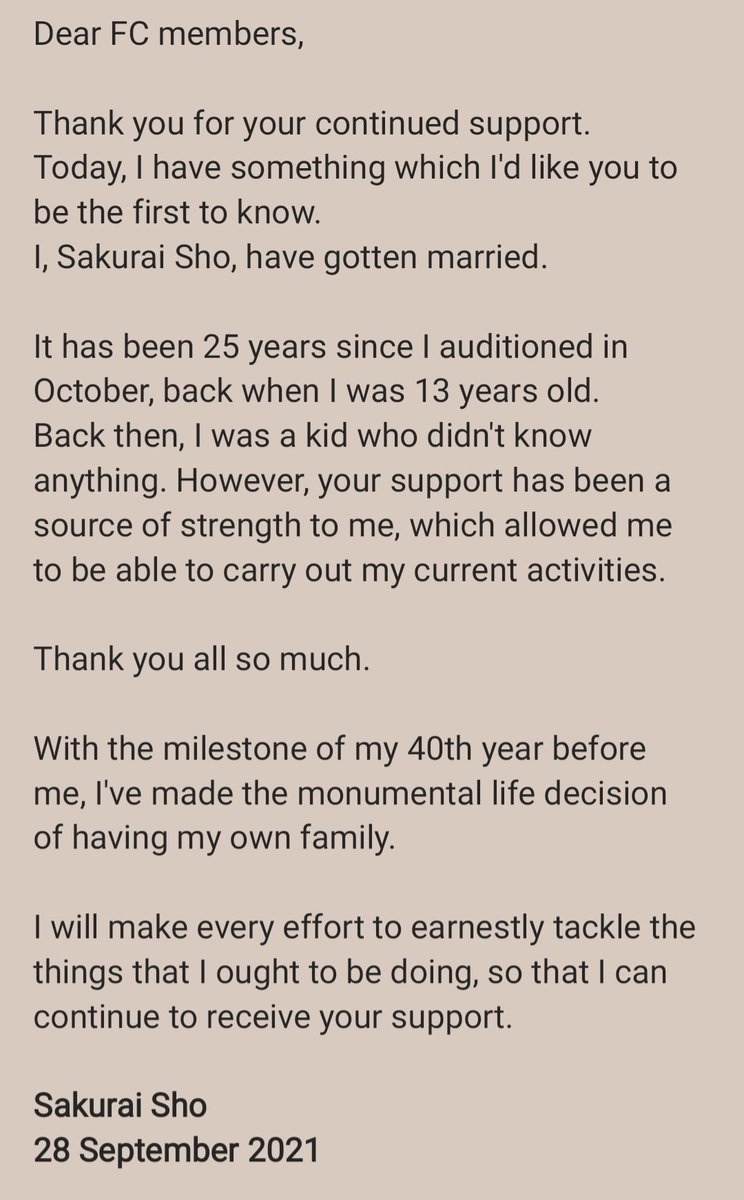 Dear FC members, Thank you for your continued support. Today, I have something which I'd like you to be the first to know. I, Sakurai Sho, have gotten married.pic.twitter.com/JRhqDfd2e5

Dear FC members, Thank you for your continued support. I have an important announcement to make today.pic.twitter.com/TlEvWNdVYb

You can imagine my confusion when I first got to know about the Sakuraiba marriage news and all I saw was this screen shot.pic.twitter.com/dd1smntar9

Thankfully other news outlets realized how misleading the headline was (Arashi's Sakurai Sho and Aiba Masaki are married), and they added the caption, "to non-celebrity women respectively".

Aiba & Sho raised the bar and sent fancy chocolates to the media outlets along with their marriage announcements. A box of 18 chocolates from Sweets & Deli (Palace Hotel Tokyo) will set you back by 5,400 yen. Flavors include Sakura, Rum, Bergamot Orange & Hojicha

Someone RTed the epic Sakuraiba date and it made me all emotional thinking about how Sho & Aiba talked about having their own families back in 2011.

In my excitement, I forgot to tweet this! Sho-chan, Aiba-chan, congratulations!! Wishing you both and your partners lifetimes of happiness !! 翔ちゃん、相葉ちゃん、おめでとうございます

You guys are old geezers already, so please take care of your health.

You guys really are best buddies!

I gave them a treat (at a coffee shop) after hearing the good news. (laughs)pic.twitter.com/E4H4G8h3X7

The reporter wrote, "Even while welcoming the milestones in the members' lives, Arashi's excellent teamwork lives on forever." NGL this sentence made me tear up.