its so clear that the concept of anti-hero is completely dismissed when it comes to female charactershttps://twitter.com/wmorgan640/status/1441023981994352643 … 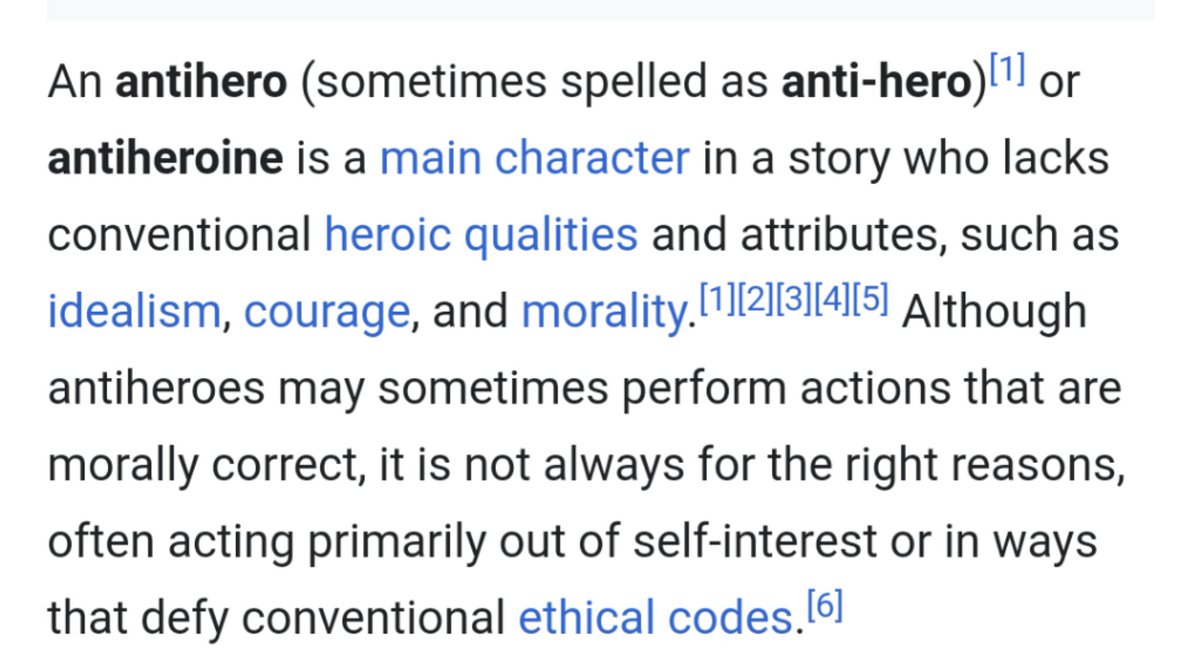 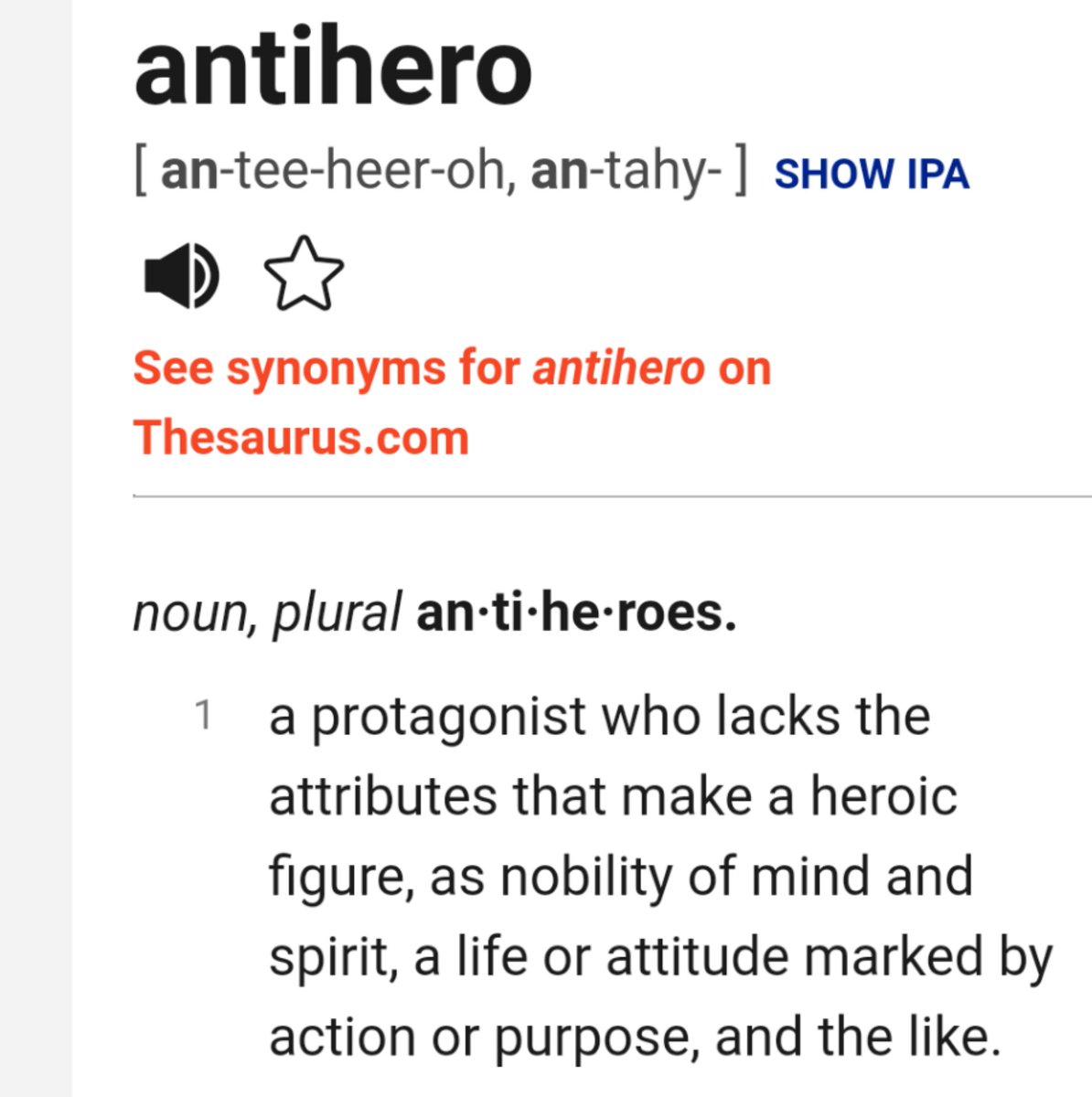 also clear from the replies that people just kinda go for the vibe of what they think the term means rather than like....what it actually means as a role within a story. walter white, patrick bateman, hannibal lecter are all characters who are considered antiheroes despite beingpic.twitter.com/GVfyJE1BqR

amoral or immoral. the point I'm making is that people give much more leeway & room for grayness in both morality & labels to male characters than they do for female ones. Being an antihero isn't JUST abt being snarky & having an off kilter but well meaning sense of morality

anyway have fun going pvp in the replies, I'm muting

I don't understand, how was she an anti-hero? I thought the point of the show was to make her an anti-villain? /Gen

She did nothing good in the show dawg

I see her as an anti-villain at the most nuanced, but a villain nonetheless.