New! Record your own history in The Future Is Unwritten – A Working Class History Blank Journal, an elegant hardcover, sewn bound with 55 lb paper, inspiring quotations from thinkers and activists and 200 pages for your notes. Preorder now on Kickstarter: https://www.kickstarter.com/projects/workingclasshistory/the-future-is-unwritten-working-class-history-blank-journal …pic.twitter.com/rcEr9h9iAd

#OtD 25 Oct 1929 Spanish anarcho-syndicalist and an editor of La Protesta, Emilio López Arango was assassinated in Buenos Aires. The main suspect was Severino Di Giovanni, an Italian anarchist whose bombings had been criticised in La Protesta https://libcom.org/tags/emilio-lopez-arango …pic.twitter.com/bmwuk58hxz 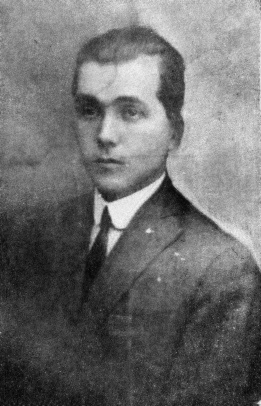 New! All 4 parts of our podcast miniseries on the 1980 South Korean Gwangju uprising, in conversation with participants, are out now. Listen wherever you get your podcasts or here: https://workingclasshistory.com/2021/06/29/e53-the-gwangju-uprising-1980/ …pic.twitter.com/G30o6xyYmW 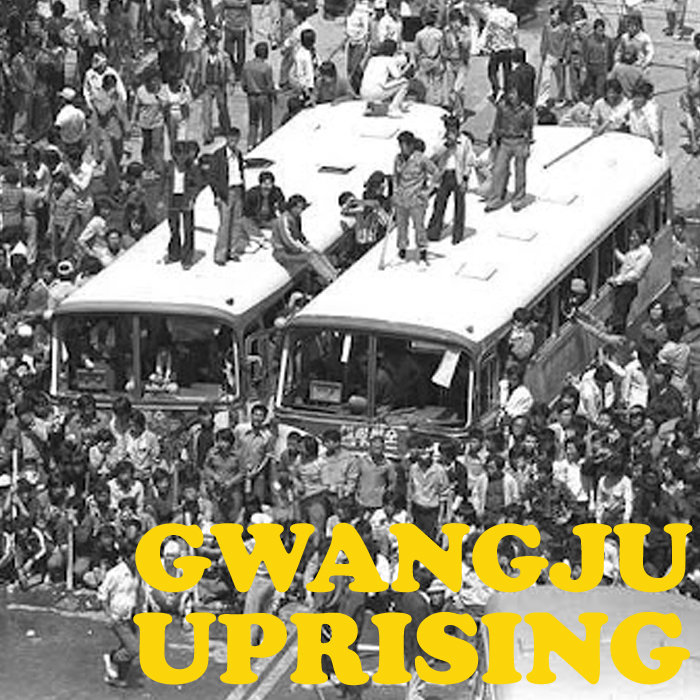 #OtD 25 Oct 1983, the US invaded the Caribbean island of Grenada, ostensibly to protect US citizens but really to assert its dominance over the region. This is Howard Zinn's short account of the events: https://libcom.org/history/1983-the-us-invasion-of-grenada …pic.twitter.com/vCZlDzlj75 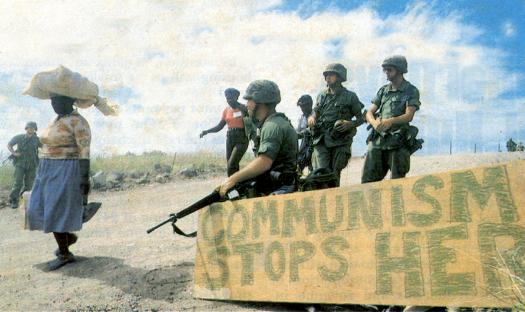 #OtD 25 Oct 1882 German anarchist Johann Most was released from Clerkenwell Prison in London after spending a year and a half there doing forced labour for praising the assassination of Tsar Alexander II by Russian revolutionaries https://libcom.org/tags/johann-most …pic.twitter.com/J0H3HwlEOW 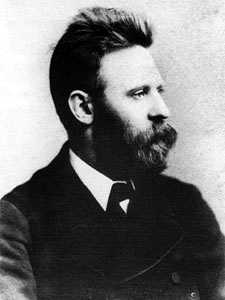 #OtD 25 Oct 1983 the Hayes Cottage Hospital in England was occupied by its workers in protest at its proposed closure the following week. The workers then ran the hospital themselves until the government caved in. It remained open until the 90s https://libcom.org/history/hayes-cottage-hospital-occupation-1983 …pic.twitter.com/yGKwjf9StW 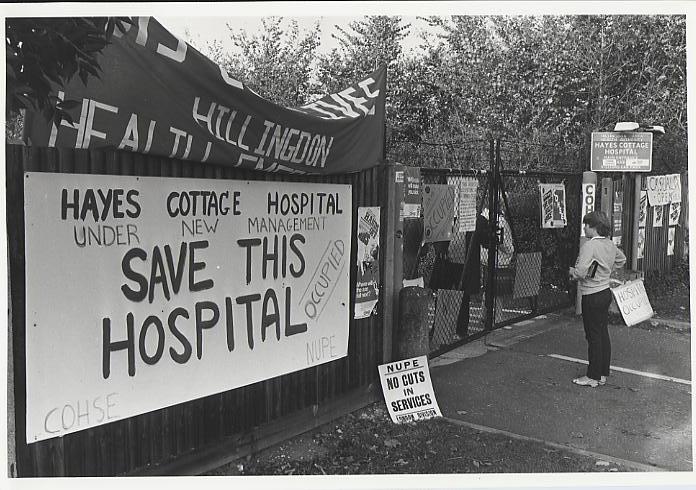 #OtD Oct 24 1924 Italian anarchist Ernesto Bonomini was tried for killing a leading Italian fascist. He sought to avenge victims of fascism. After his 8 year sentence, he traveled to Spain to join the revolution and continue to fight against fascism. http://libcom.org/history/bonomini-ernesto-1903-1986 …pic.twitter.com/2Qd0iZZip8 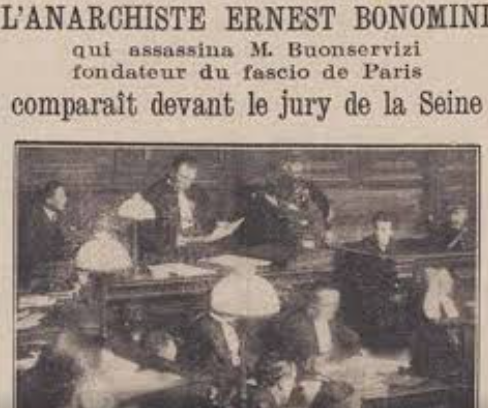 #OtD 24 Oct 1975, 90% of women in Iceland went on general strike for equality with men. Working women stayed home, and house workers refused to cook, clean and look after children. Today Iceland has the lowest gender inequality in the world https://libcom.org/history/iceland-women%E2%80%99s-strike-1975 …pic.twitter.com/PJ9o4PFcjo 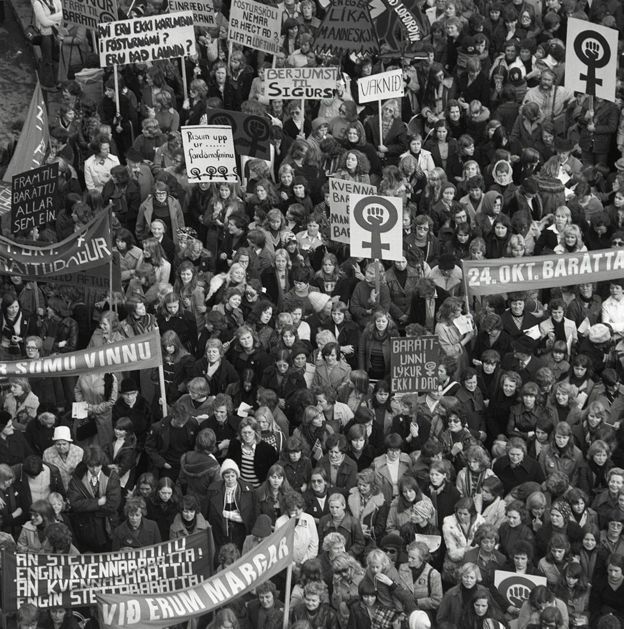 #OtD 24 Oct 2007 up to 35,000 sex workers were on strike in Bolivia in protest against police harassment. The women, who had organised a union, also refused to undertake mandatory STD testing until police stopped their harassment https://libcom.org/history/sex-work-organisation-global-south …pic.twitter.com/zcb6QtjGEx 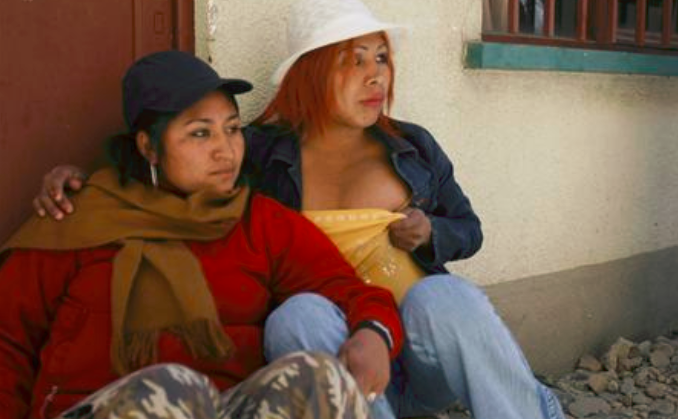 #OtD 24 Oct 1940, the 40-hour work week came into effect in America under Fair Labor Standards Act of 1938, the result of decades of militant working class struggle and organisation. Learn about some of those struggles here: https://libcom.org/history/strike-jeremy-brecher …pic.twitter.com/v25EnPWRSx 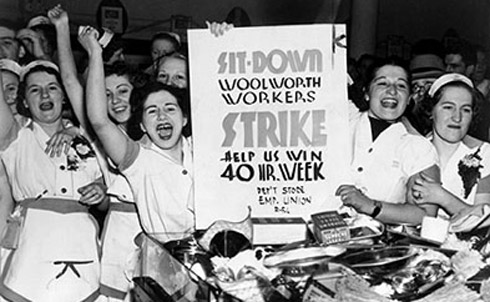 #OtD 23 Oct 1956 a spontaneous nationwide revolt broke out across Hungary which saw thousands organise themselves into workers' councils and militias demanding not a transition to capitalism but rather a socialism controlled by the working class itself https://libcom.org/history/articles/hungary-56 …pic.twitter.com/zlQBETkTVO

#OtD Oct 23 2009 a public park in Madrid was made to remember Maria Luz Nájera, a left-wing student. Police killed her during a protest against a fascist murder of a bricklayer in 1977. Her neighbors and relatives spent 11 years campaigning for this space. https://libcom.org/tags/madrid pic.twitter.com/TIM8zKlt0g 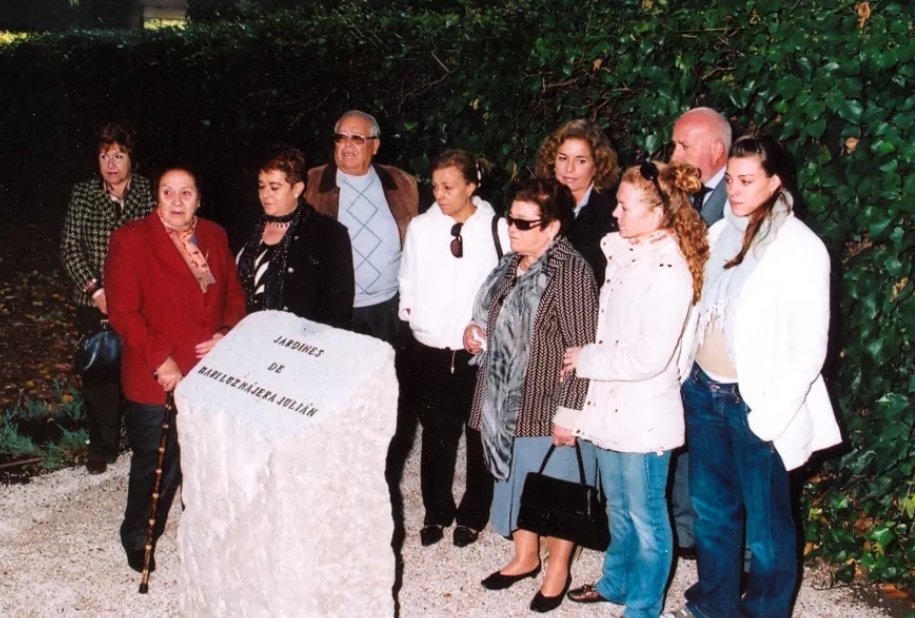 #OTD Oct 23 1948 the United Brewery Workers union claimed most of its wildcat striking members in NYC would return to work the next day, supposedly to keep up the morale of bosses. The strike continued while the police ensured the safe transport of beer.pic.twitter.com/mBpnDllKO6 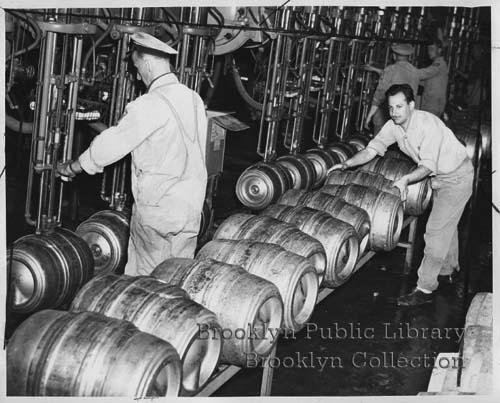 #OtD 23 Oct 1901, a general strike broke out in Rosario, Argentina in response to the police killing of anarchist migrant worker Cosme Budislavich during a sugar refinery strike. More info in this article: https://libcom.org/history/bolten-virginia-1870-1960-aka-%E2%80%9Cla-luisa-michel-rosarino%E2%80%9D-louise-michel-rosario …pic.twitter.com/Xzq75Dq5SG 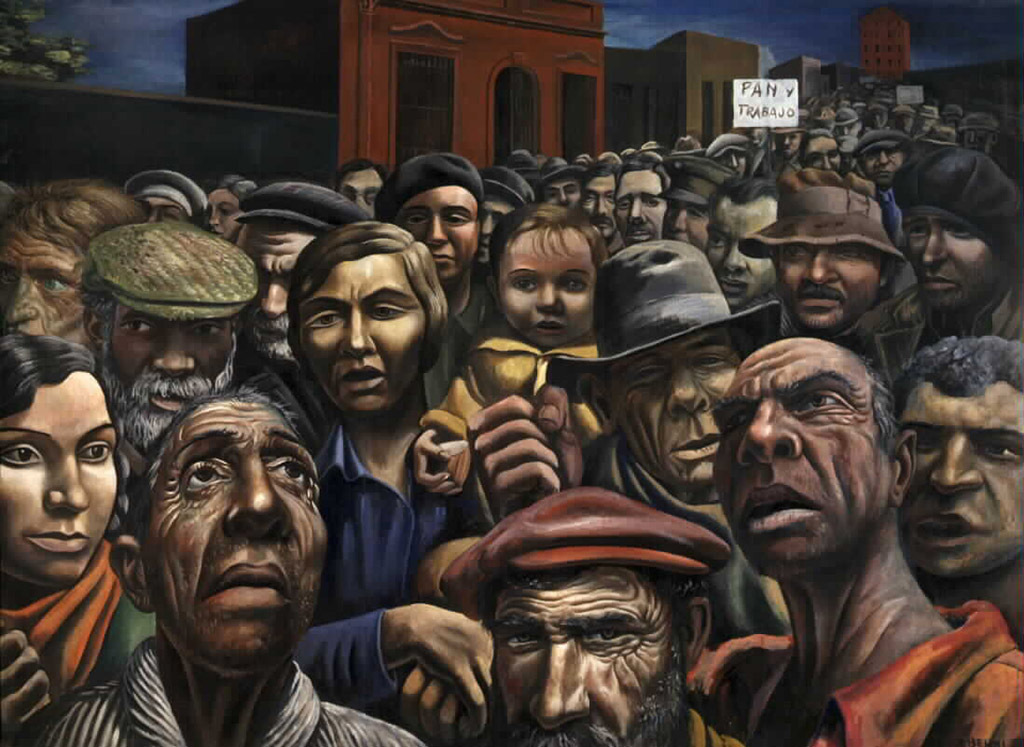 #OtD 23 Oct 1937 the @IndustrialWrkr paper announced the death of @IWW member, sailor and Spanish civil war volunteer Heinrich Bortz, from Germany. He escaped from a concentration camp and joined the Durruti Column International Battalion and was KIAhttps://libcom.org/history/iww-members-who-fought-spanish-civil-war …

#OtD 23 Oct 1874 German left communist Otto Rühle was born. He was involved in the Spartacus League and other groups like the KAPD and the AAUD-E. He made the famous statement that "the revolution is not a party affair." https://libcom.org/library/otto-ruhle-and-the-german-labour-movement-mattick …pic.twitter.com/3HRwf91NWC 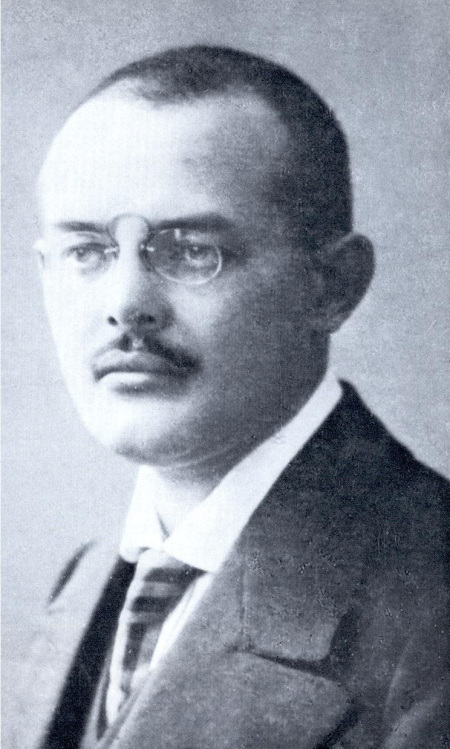 #OTD 23 Oct 1903 English anarcho-communist John Turner was arrested after his lecture in NYC. He was the first person to be deported from the U.S. for violation of the 1903 Anarchist Exclusion Act. After prison, he made bail and was sent home to England.pic.twitter.com/pKqWeoNQMq 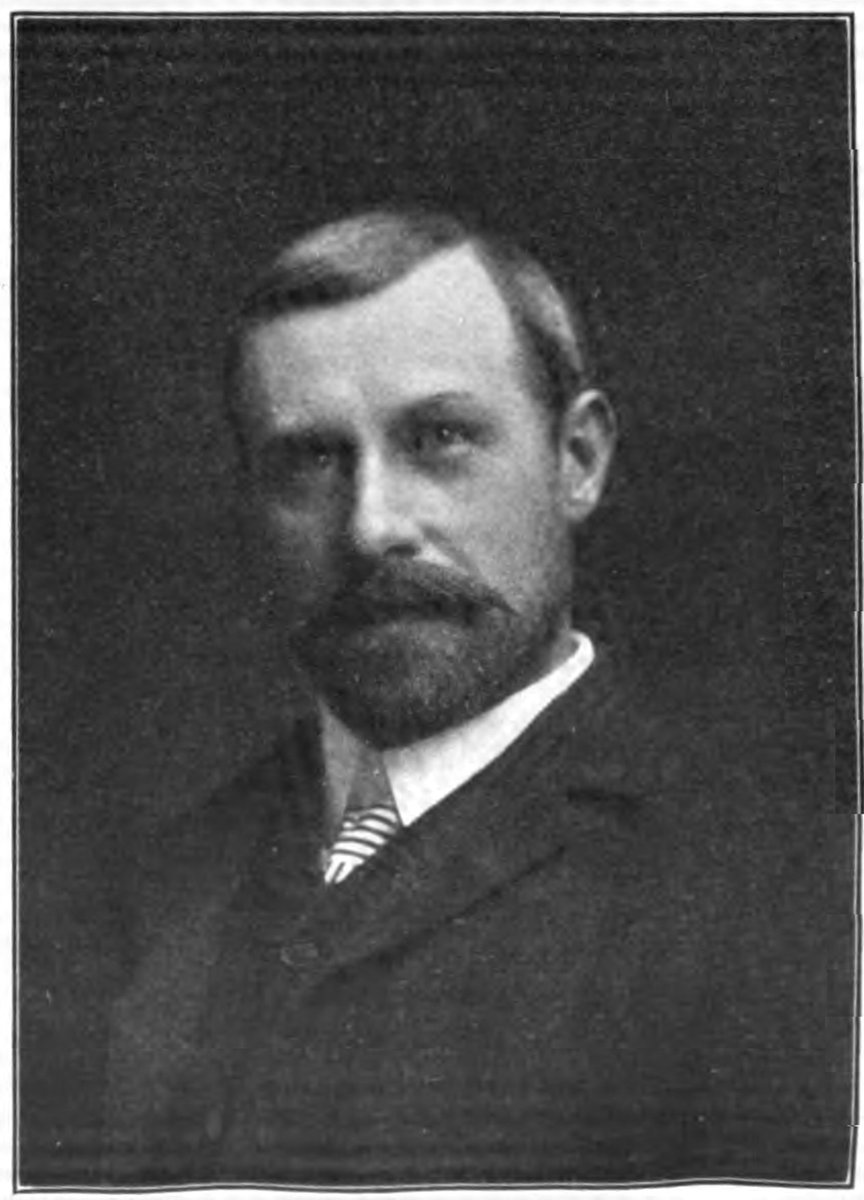 In light of the massive general strike happening in South Korea right now, I'd like to promote @wrkclasshistory 's episode about labor organizers Jeon Tae-il and Lee So-sun as well as the show's episodes about the 1980 Gwangju uprising. As always the show is well researched. 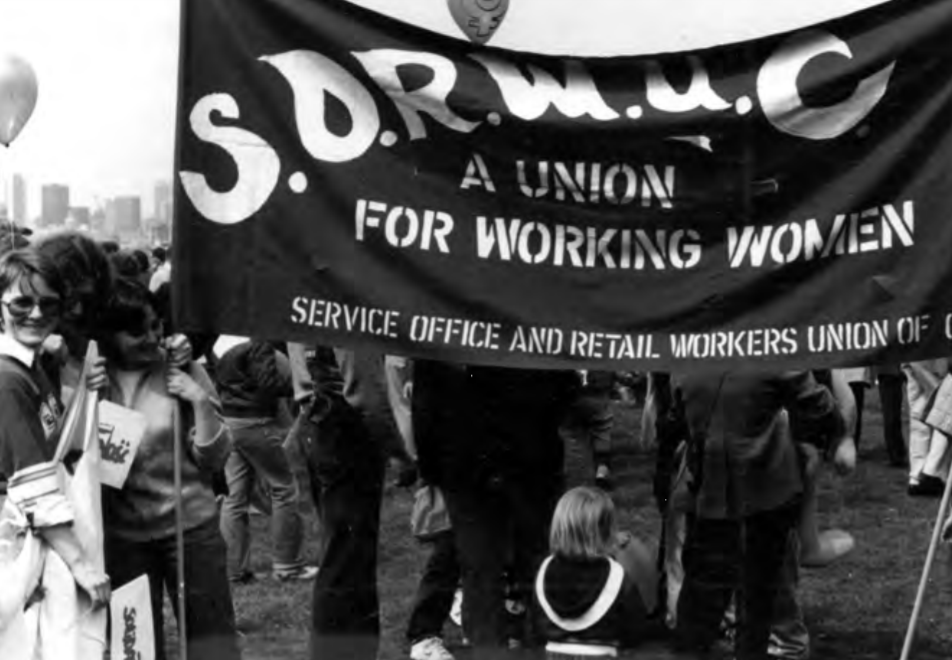 #OtD 22 Oct 1905 30k workers in Chile rose up against poverty & price hikes. The police were overwhelmed so the rich formed a "white guard" to begin massacring the workers. After 250 dead, the rebellion subsided but the workers' movement continued to grow https://libcom.org/history/articles/anarchism-in-chile …pic.twitter.com/AbqTkb7xoQ 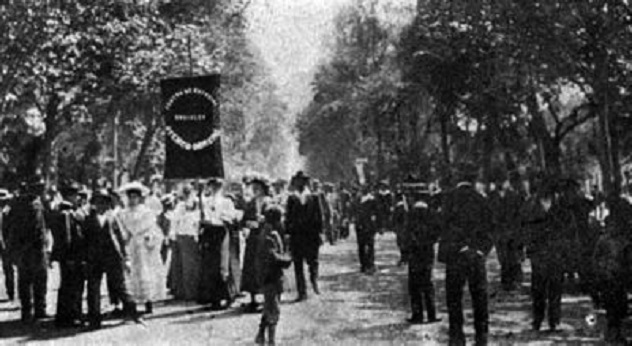